Just like her famous on-screen alter ego Carrie Bradshaw, Sarah Jessica Parker isn’t shying away from delving deep into her emotions about the relationships in her life, including the now-notorious tension between her and fellow Sex and the City star, scatting impresario Kim Cattrall, who played the irrepressible Samantha Jones.

During an appearance on Watch What Happens Live with Andy Cohen, Parker revealed that she was “just heartbroken” after hearing Cattrall’s recent comments to Piers Morgan that Parker could have been “nicer” when speaking about her of late and and that she and the cast of SATC have “never been friends.”

“That whole week…I found it really upsetting,” Parker said. “That’s not the way I recall our experience. So, it’s sad, but…I always think that what ties us together is this singular experience. It was a professional experience, but it became personal because it was years and years of our lives. I’m hoping that that sort of eclipses anything that’s been recently spoken. That many years spent doing something so special that people had a connection with is such a privilege.”

Both Cattrall and Parker have joked about replacing Cattrall as Samantha with people like Ellen Degeneres who tried out for the role on her eponymous show; Cohen also later “auditoned” for the role while suggesting that Sharon Stone might be a good candidate, something that Parker gamely entertained, telling him that he wasn’t the first to suggest it to her.

As for whether or not the franchise would kill Cattrall’s character and move on to making a third movie, Parker had an elusive answer.

“I think once everybody has thoroughly experienced the grieving process, then Michael Patrick [King] can go back and ponder what he might want to do and how he might want to proceed,” she said. “That’s the most clear answer I’ve given yet.” 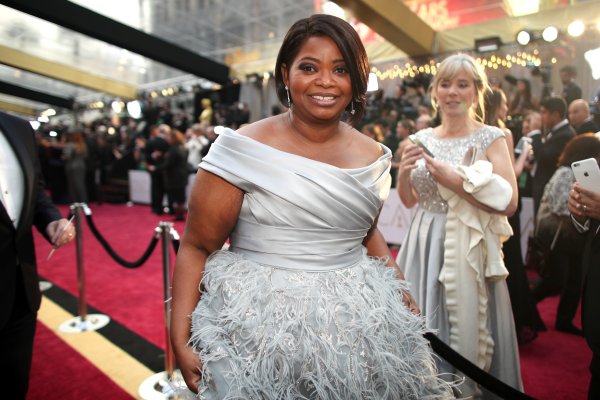 Octavia Spencer to Screen Black Panther For Free
Next Up: Editor's Pick