Can Donald Trump Accept a Defeat In Afghanistan?

The Taliban and ISIS killed at least 140 people in January in a wave of attacks inside Kabul, Afghanistan’s capital. It’s a reminder that this 16-year war, the longest in U.S. history, rages on. At least 30,000 Afghan civilians and more than 2,200 U.S. soldiers have died. As attacks mount, it’s time to take a longer look at the U.S. goals in Afghanistan.

President Trump has tried to show positive results. He has deferred to his generals on how best to achieve strategic goals and put thousands of additional troops on the ground. Afghanistan has a reasonably strong government in Kabul under the leadership of President Ashraf Ghani.

It hasn’t helped. The Trump Administration has at the same time shifted support away from Pakistan in favor of closer relations with India. U.S. aid to Pakistan has been suspended, giving its military and security services fewer reasons to accept sacrifice and risks to help U.S.-led troops in Afghanistan. Pakistan may even have provoked recent attacks; an Afghan diplomat claimed that Pakistan’s intelligence agency, the ISI, had trained one of the Taliban militants who killed 40 people in a hotel attack on Jan. 20.

Everyone in the region knows that the U.S. cannot stay forever. There are now about 14,000 U.S. troops in Afghanistan, compared with 100,000 in 2011. At some point, the last Americans will go home, just as the Soviets marched out in 1989, and Afghanistan will again be an arena in which Pakistan, India and Iran jostle for position.

George W. Bush’s rationale for starting the war in 2001 was clear: the Taliban, then in charge in Kabul, refused to surrender Osama bin Laden, who had just ordered the murder of thousands of Americans on U.S. soil. Today’s question for Trump is equally clear: How can this war be won? Presidents Bush and Obama were never able to answer that question.

A second question for Trump: What does “America first” mean for U.S. policy in Afghanistan? Do American taxpayers care about what happens there? Both parties in Congress have supported efforts to help the Afghan government control enough territory to ensure that terrorists find no new safe haven from which to attack Western targets. But that government still lacks the resources and the country still lacks the infrastructure needed to achieve that goal. The result is a violent, expensive stalemate. If Trump stops sending troops and money, the Afghan government will collapse. If the troops and dollars continue to flow, Washington will be paying to extend the stalemate.

Can Donald Trump accept a defeat, even one he can blame on his predecessors? And how long will it take him to decide? 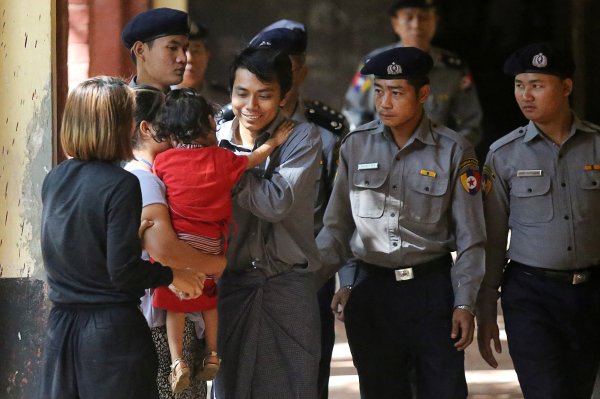