'I Feel Guilty I Survived.' The Youngest Schindler's List Survivor Addresses the U.N.

Seventy-three years after the Holocaust, survivor Eva Lavi says she still feels “guilty” that she escaped while others, including her cousins, were killed.

Speaking at the United Nations Holocaust Memorial Ceremony on Wednesday, Lavi shared the story of how her mother and German industrialist Oskar Schindler saved her life. Lavi was the youngest person on Schindler’s list, which helped spare the lives of 1,200 Jews who were destined for the Auschwitz concentration camp in Nazi-occupied Poland.

Lavi was just two-years-old when World War II started. The day that Nazis appeared at Lavi’s childhood home, she said her mother hid her by putting her outside even though it was winter. Lavi held on to a water pipe outside the window, and survived in the -4 degree weather.

When she was six-years-old, Lavi said she was again spared when Schindler told Nazi guards that the child would be useful in his factory thanks to her small hands. The incident is depicted in Steven Spielberg’s film Schindler’s List.

“I don’t know how they succeeded to put me on the list, but I was on the list,” Lavi told Fox News.

During her address at the U.N. headquarters in New York, Lavi, now 81, said she often wonders why she was saved.

“When I go with pupils to the camps in Poland, I imagine thousands of my brother Jews marching to their death. I wonder why God saved me?” Lavi said, according to Fox News.

“Perhaps he wanted me to do something big? Something big and I’m only an ordinary woman, with no special achievements, but now when I’m here talking to the United Nations, this is the big something that God planned for me.” 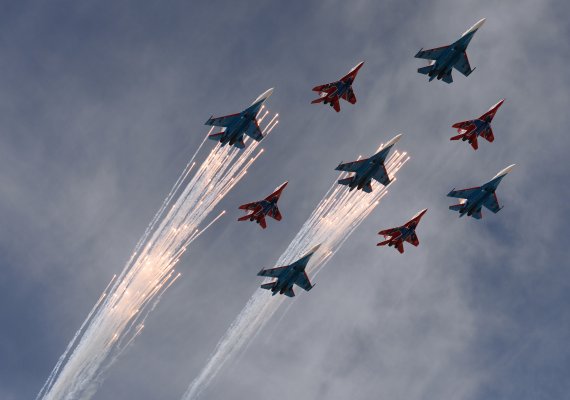 This Footage of a Russian Jet Intercepting an American Spy Plane Is Wild
Next Up: Editor's Pick