Punxsutawney Phil Isn't the Only Groundhog. These Others Have More Accurate Groundhog Day Predictions

By Chris Wilson and Lily Rothman

Americans will once again wait with bated breath on Friday as Punxsutawney Phil and his rodential brethren make their Groundhog Day predictions about whether spring will come early in 2018. If Punxsutawney Phil sees his shadow on Friday, according to the popular lore, it means six more weeks of winter. If not, it portends an early spring. And in a couple of weeks, if we’re being realistic, few of those who tune in for the prognostication will remember to check whether the groundhog was right.

Several experts, however, have taken a stab at tracking Phil’s performance over the decades. For example, one paper for the Mathematical Association of America, looking at predictions from 1950 to 1999, found that — contrary to expectations that Phil’s predictions would be essentially the same as flipping a coin, or worse — he was correct about 70% of the time. But as it turns out, Phil is not the only furry authority when it comes to foreseeing the weather. For example, fans of Staten Island Chuck boast that the New York City groundhog is more accurate than Phil. So maybe it’s a regional thing?

We were able to find 16 local marmots who declare the schedule for spring, from Atlanta’s “General Beauregard Lee” to “Unadilla Bill” of Unadilla, Neb. Since very few groundhogs are as well-monitored as Phil when it comes to historical predictions, we decided to grade all 16 based on their 2017 outlook, in which the groundhog pantheon was evenly split between eight who saw their shadow and eight who did not. In 2017, Unadilla Bill was the most accurate of all the groundhogs.

Below is each groundhog’s accuracy as of March 15, 2017. Click or tap a groundhog to see the respective territory.

Conveniently, the National Oceanic and Atmospheric Administration tracks the daily temperature of 602,819 weather stations, of which 2,818 are within 300 miles of a groundhog seer and have sufficient data from 2017 to track the temperatures between Groundhog Day and March 15, which is six weeks later. But how does one define when spring arrived? A variety of climatologists and weather-watchers have proposed a simple solution: Summer is any day in the top 25% of annual temperatures, winter is the bottom 25%, and spring and autumn are everything in-between. This gives us a way to accurately measure what season every day felt like at each of the stations.

From there, we had to determine the first official day of spring, which isn’t as simple as finding the earliest spring day. After all, even a long winter may still have a pocketful of spring-like days in January. After testing a variety of measures, we chose to define the onset of spring as the first day in which at least two-thirds of the coming 30 days were classified as spring — and the same for the other three seasons. This creates a nice division that doesn’t exaggerate the start of a season. For example, here are the season markers for Charlottesville, Va.:

From there it was simple: We just calculated what percentage of stations in each groundhog’s 300-mile radius had reached spring by the six-week cutoff. As you can see on the map, spring had arrived in a majority of all 16 regions by March 15, meaning every groundhog who did not see his shadow was correct, and every one who did — including Punxsutawney Phil — was incorrect. In some cases it was a close call: “Staten Island Chuck” did not see its shadow, but eked out a victory with 52% of the surrounding weather stations reporting the first day of spring within six weeks. Meanwhile, “Octoraro Orphie” of Lancaster, Penn., did see his shadow, and was correct for 42% of his territory: 58% had reached spring within the allotted window.

The Groundhog Day holiday can be traced back to a German superstition brought to Pennsylvania by settlers, who decided to use (and sometimes eat) the local groundhog, rather than the hedgehog that might have been relied upon in the old country. The 2018 Groundhog Day prediction is officially Phil’s 132nd, and his Groundhog Club has records of predictions as far back as 1887. That year, he saw his shadow. Whether he was right, however, was not recorded.

Write to Chris Wilson at chris.wilson@time.com and Lily Rothman at lily.rothman@time.com. 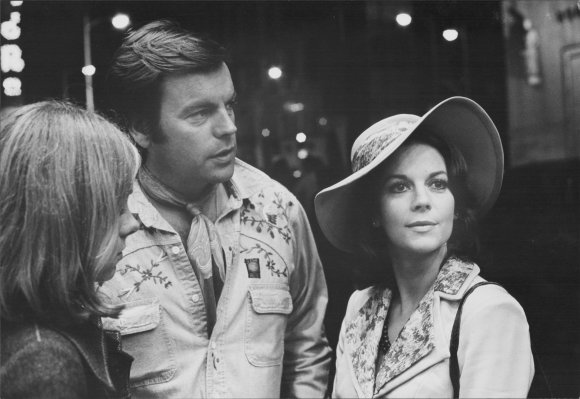 Robert Wagner Person of Interest in Natalie Wood's Death
Next Up: Editor's Pick