Actor Jamie Dornan may be known worldwide as the many who plays Christian Grey, seducer extraordinaire, in the blockbuster Fifty Shades franchise. But there’s still one person who hasn’t seen him in the movies — and, if he has anything to do with it, won’t see them for a while yet. His real-life wife, Amelia Warner, remains in the dark about his onscreen character.

“I guess I like to think she’s more in love with me than that guy,” Dornan told Ellen DeGeneres in an appearance on her show, after Ellen asked if he ever feels pressure to live up to the idealized reputation at home. “She hasn’t seen the movies or anything.” He added: “I don’t want to pay for a ticket for her.”

Dornan, who said he’s often approached by fans in public who think of him primarily as the Grey character, gets uncomfortable from some of the advances. “I panic, I just don’t know how to respond to it,” he said. “I’m not like him.”

The newest — and last — Fifty Shades film, Fifty Shades Freed, is out in theaters on February 9. It co-stars Dakota Johnson once more as Dornan’s partner in the romance, although he also warned this one has even more of a thriller element to it. 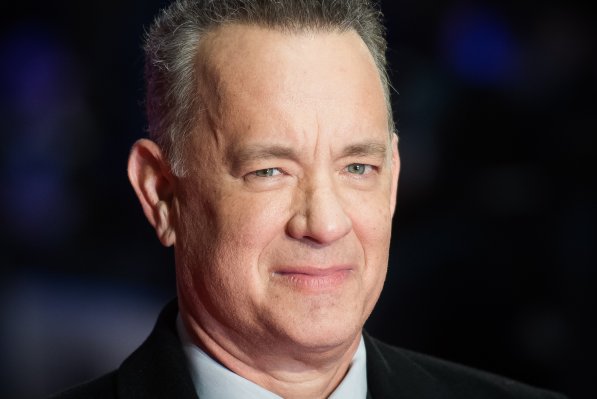 The Internet Is Thrilled Tom Hanks Is Set to Play Mr. Rogers
Next Up: Editor's Pick