'Out of Many, One.' The Democrats Had 5 Very Different Rebuttals for Donald Trump's State of the Union

President Donald Trump’s first State of the Union Address was a solo performance about his vision for the nation. The Democrats and their allies responded with a chorus.

Instead of rebutting Trump’s speech with a single unified response, they mustered five of them. The official Democratic party rejoinder was given by Rep. Joe Kennedy III, an up-and-comer from Massachusetts with a famous lineage (he’s the grandson of Robert F. Kennedy). Delegate Elizabeth Guzman, one of the first two Latinas elected to the Virginia House of Delegates last November, gave the Spanish language response. Rep. Maxine Waters of California, a vocal Trump critic and icon of the Women’s March, boycotted Trump’s State of the Union and delivered her own speech on BET. Donna Edwards, a former Congresswoman who is now running for county executive in Maryland, delivered a response on behalf of the Working Families Party. And Sen. Bernie Sanders, who energized progressives while antagonizing establishment Democrats throughout the 2016 presidential primaries, gave his own response on Facebook. Together, they reflect the full spectrum of left-wing messaging in the Trump-era, from Obama-style optimism to Sanders-style progressivism to the viral indignation of the activist left.

Rep. Kennedy gave a rousing, big-tent speech, folding in everything from education to transgender rights to Dreamer protections (he even addressed Dreamers in Spanish.) In a speech clearly inspired by Obama in substance and style, the 37-year old Congressman repeatedly circled back to the optimistic notion of an America united by common decency and shared values.

“Bullies may lend a punch, they may leave a mark, but they have never, not once, in the history of our United States, managed to match the strength and spirit of the people united in defense of their future,” he said. “That is the measure of our character. That is who we are. Out of many, one.” It was Clinton’s “Stronger Together” message wrapped in Obama’s lofty rhetoric.

Sanders, meanwhile, was down in the weeds, delivering a wonky, detail-oriented speech that quoted the Bureau of Labor Statistics’s job numbers and mentioned that the average American worker got a 0.17% raise last year. But for a speech meant to launch him as a Democratic frontrunner for 2020, it badly missed the mark. It had all the familiar policy points from his 2016 presidential bid, but none of the fiery indignation. And low production values made him look like an grandpa reading a white paper on C-Span.

And those were just the speeches. Activist groups have been staging events “responding” to the State of the Union all week. A collection of Women’s March organizers and other activists hosted a People’s State of the Union rally on Monday, featuring speeches and performances from anti-Trump celebrities like Mark Ruffalo, Cynthia Nixon, Amy Schumer and Common. Dozens of women’s groups and labor organizations like the National Domestic Worker’s Alliance and Moms Rising hosted The State of Our Union, with speeches by advocates like Ai-Jen Poo of the National Domestic Workers Alliance and Cecile Richards of Planned Parenthood. Meanwhile, young politicians in the Young Elected Officials network (hosted by the liberal People for the American Way Foundation) even rolled out a “shadow cabinet” amid the State of the Union preparations, meant to highlight how young progressives would approach the challenges faced by Trump and his team.

While historically there have only been one or two official responses to a State of the Union, contentious times have occasionally produced more: in 2014, four Republicans gave responses to President Obama’s State of the Union address. The flurry of responses from elected officials and activist groups alike this year underline the energy coursing through the Trump opposition movement. But it may also hint at the tensions and different approaches splintering the American left, which has yet to coalesce behind a unifying message beyond the rejection of Trump’s presidency.

But divisions don’t necessarily spell doom. In fact, grassroots energy may be just as important for the midterms as strong leadership or a unified message. And while the response from Sanders may be a wink toward 2020, many of the other responses seem aimed at feeding the anti-Trump momentum that has already won Democrats seats in Virginia and Alabama and fueled their advantage heading into the November midterms.

The chorus of liberal responses may also reflect an increasingly fractured media climate, in which more and more voices are competing for attention on different platforms. The response to the State of the Union originally started as a way for the opposition party to match the President’s uninterrupted television airtime on the major networks. Yet today there are so many separate channels and media platforms that the competitive advantage has waned. Major networks carried Kennedy’s speech, but Waters’s was only available on BET, and Sanders was just on a livestream.

“It doesn’t say anything about the state of the party, it says more about the state of our media environment,” says Rory Cooper, a strategist at Purple Strategies who worked for former Republican House Majority Leader Eric Cantor and The Heritage Foundation. “Members can go speak to one corner of the constituency rather than to the party or their district or state as a whole.”

Still, Cooper says, responding to the State of the Union is usually a no-win task. Bad ones get mocked (like when Marco Rubio famously lunged for a water bottle) while good ones get forgotten. “It’s a high risk, low-reward,” he says. “If I were advising an elected official I would tell them not to bother.”

But Rep. Kennedy, perhaps anticipating the chorus of reactions to the President’s speech, gave an address that was broad enough to embrace all the different threads of opposition and cast the diversity of reactions as a strength for Democrats, not a weakness. “[Republicans] are turning American lives into a zero-sum game. For one to win, another must lose,” he said. “Here is an answer that Democrats offer tonight: We choose both.” 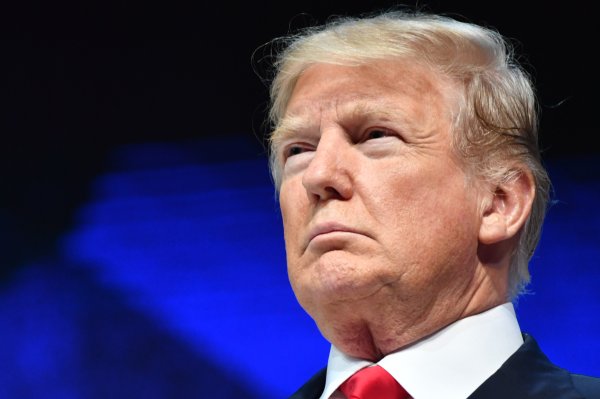