Scott Pruitt, Administrator of the Environmental Protection Agency at the EPA Headquarters in Washington, DC on October 18, 2017.
Stephen Voss for TIME
By Justin Worland

Environmental Protection Agency head Scott Pruitt has earned his place as a trusted advisor to President Trump, but in a 2016 radio interview brought to light Tuesday Pruitt bashed Trump as a populist who appealed to “disaffected” and a threat to the rule of law.

“Donald Trump in the White House would be more abusive to the Constitution than Barack Obama – and that’s saying a lot,” Pruitt said on the Pat Campbell Show, an Oklahoma talk radio program, in February 2016. “If Donald Trump is the nominee and eventually the president, he would take, I think unapologetic steps, to use executive power to confront Congress in a way that is truly unconstitutional.”

Pruitt’s tone has changed since coming to Washington. The former Oklahoma attorney general has succeeded in launching a widespread effort at undoing Obama-era regulations and has repeatedly praised Trump as the driving force behind those efforts. Pruitt often likens his agenda as part of a broader federalist agenda to give power back to the states and undo overreach from federal agencies.

When confronted with the 2016 interview during a Senate hearing Tuesday, Pruitt said he did not recall the comments and does not agree with them today. “After meeting him, and now having the honor of working for him, it is abundantly clear that President Trump is the most consequential leader of our time,” Pruitt said in a statement. “No one has done more to advance the rule of law than President Trump.”

The interview — which aired early in the 2016 presidential nominating process — resurfaced this week in a report from the group Documented Investigations and represents the latest in a string of controversies surrounding the EPA administrator. Pruitt has come under fire for a range of reasons from questioning the science of climate change to using taxpayer dollars to build a private phone booth in the EPA at the cost of nearly $25,000.

Trump has stood by Pruitt despite the often negative publicity. And Pruitt has succeeded — along with allies — in pushing the president to take his position on a number of key policy issues, including withdraw from the Paris Agreement on climate change. In turn, Pruitt has sought to advance within the administration with his sights set on attorney general. 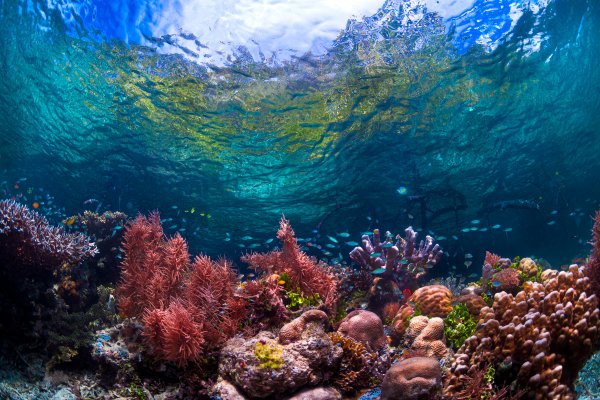 Billions of Plastic Pieces Spread Disease in Coral Reefs
Next Up: Editor's Pick