Ahead of Super Bowl LII, Philadelphia and Boston are taking their football rivalry so seriously that each city has banned signature foods from the other city.

In Boston, Fenway’s Craft Beer Cellar is pulling Philadelphia craft beer from their shelves, not returning until February 5th, the day after the Super Bowl because as the establishment told Boston.com, “we’re showing our pride in New England.” Boston.com also reports that Montilio’s Baking Company, which has storefronts in various Boston neighborhoods, is banning Philadelphia cream cheese from its shops, the first ban of its kind in the business’ 70 plus years in Boston; the company is swapping it out for a Wisconsin brand and plans to continue using it after the Super Bowl is done, according to the Boston Globe.

And if that isn’t enough to convince you that Bostonians are fully committed to not supporting Philly in any way, consider the Charles River Esplanade Association, which has issued a set of “rule changes” that prohibits everything ranging from cheesesteaks to the actor Will Smith in the 3.5 mile stretch of the Esplanade.

Philly has their own set of equally committed food bans, including a bakery that has done away with Boston cream donuts entirely, offering a “Creamed Boston” edition in its stead.

However, Philly’s well-documented fervor for its football team might take top spot when it comes to the lengths that fans will go to to support their team when you consider what a couple of Philadelphia-based Boston Markets have done, changing the actual signs of their franchise to show support for their hometown team.

What a time to be alive! 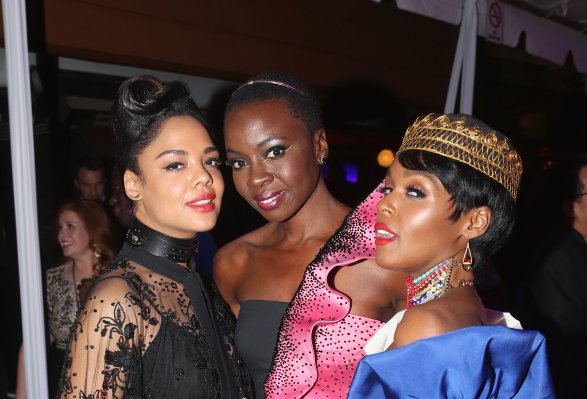 The Internet Is Swooning Over the Regal Photos of the Black Panther Premiere
Next Up: Editor's Pick