The actress shared her story with Megyn Kelly following a Saturday tweet she posted referencing the alleged abuse. After the tweet, Baio posted a 16-minute-long video on Facebook denying the allegations, citing previous statements Eggert had made about their relationship.

Eggert told Kelly the alleged abuse began when they met on the set of the 1980s sitcom Charles in Charge. Baio was 11 years older than her, and the age of consent in California is 18 years old.

“He immediately took to me and befriended me and earned my trust. And then he started expressing his love for me, and talking about marriage and the future,” Eggert told Kelly while tearing up. “Then, I was still 14, before my 15th birthday, we were at his house in his car in his garage, and he reached over and he penetrated me with his finger. That is when the sexual touching and abuse started, after that.”

Baio would allegedly grope her, pull her up onto his lap and sneak kisses with her while on set, Eggert said. They had intercourse for the first time when she was 17 years old while the show was still on, according to Eggert. Baio has denied this and said they had sex was when she was 18 years old.

“I was very young and it was shocking a little,” she said. “I had never experienced anything like that either so he was playing on not only my emotions but my hormones and all of those things,” she said.

Another issue, she told Kelly, was that Baio was the boss on set. Eggert said Baio told her not to tell anyone about their relationship since it was “illegal” and he would “go to jail,” thus ending the show. “It’s scary,” Eggert said. “That’s intimidating, especially when you’re that young.”

“It wasn’t until getting a little bit older that I started to realize this is not love,” Eggert said.

Eggert said she had told a few close friends about the allegations at the time, but “they didn’t have a good reaction to it.” She said she “always lied about it” in interviews years later. “I got really good at bearing it and putting it away in a box,” she said. Speaking with other women who had gone through similar experiences helped her come forward, she said.

During the interview, Kelly shared a statement from Nik Richie, a radio host who said Eggert had told him Baio had molested her. Kelly also said Charles in Charge actor Alexander Polinsky witnessed inappropriate cuddling between Eggert and Baio on set.

Additionally, Kelly pointed to a tweet from Adam Carl, who worked on the set of Charles in Charge, that said he remembers being with Eggert while she cried about Baio on set.

“When I worked on Charles in Charge in ’88, I sat with you while you cried about that abusive asshole,” Carl said in a tweet to Eggert on Saturday. “I know you’re telling the truth and I’m so glad to see you speaking out.”

In statements before Eggert’s interview aired, Baio said he and Eggert had a consensual relationship when she was over 18 years old. A representative for Baio did not respond immediately to a request for comment on Eggert’s allegations.

A number of men have been accused of sexual abuse, misconduct and harassment in recent months amid a national reckoning in Hollywood and other industries. 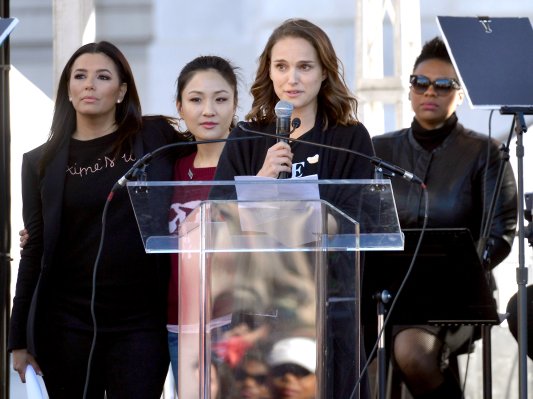