Bill Gates arrives for a meeting with French President Emmanuel Macron as he receives the One Planet Summit's international leaders at Elysee Palace on December 12, 2017 in Paris, France. Macron is hosting the One climate summit, which gathers world leaders, philantropists and other committed private individuals to discuss climate change.
Aurelien Meunier—Getty Images
By Flora Carr

Bill Gates has revealed for the first time that his father suffers from Alzheimer’s disease.

Gates discussed his personal reasons for investing in the search for new treatments, revealing on a segment of the Today show that his 92-year-old father, Bill Gates Sr., suffers from the heartbreaking disorder that causes dementia.

“I have a father who’s affected deeply by it. Only by solving problems like this can we take these medical costs and the human tragedy and really get those under control,” he told NBC’s Maria Shriver – whose father, the late Kennedy adviser and diplomat Sargent Shriver, also suffered from the disease.

The Microsoft founder, who recently invested $100 million of his $94 billion fortune into Alzheimer’s research, added: “More and more people are getting Alzheimer’s, and it’s a tragic disease.”

Gates said $50 million of his donation is going to Dementia Discovery Fund, which looks for new cures and treatments.

“One of the things we’re trying to figure out is, when does the Alzheimer’s really get started?” he said. “When would you need to treat somebody to completely avoid them getting Alzheimer’s?”

Gates, 62, discussed his own fears about developing Alzheimer’s like his father. However, he also expressed optimism regarding the fight against Alzheimer’s.

“I’m an optimist. Bringing in new ideas, that’s what we’re going to have to do, to have great drugs for this in the next 10 to 15 years,” Gates said. 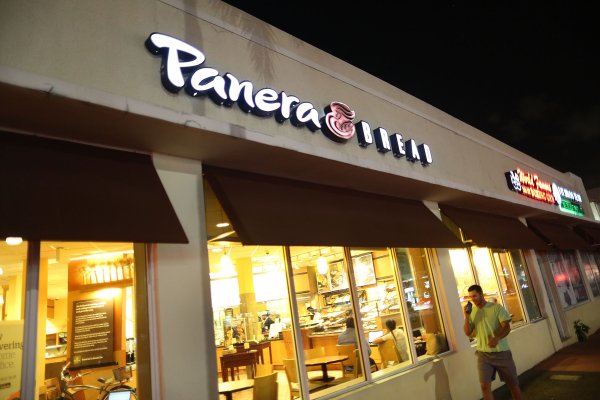 That Panera Cream Cheese in Your Fridge Was Just Recalled Over Listeria Fears
Next Up: Editor's Pick