There are 21 million “unwanted” girls in India due to parents favoring having sons instead of daughters, new government figures show.

Released as part of India’s annual economic survey, the 2017-2018 estimate found that many couples had a “son preference” and would keep having children until they had a boy.

Furthermore, the data estimated that there are 63 million women “missing” from India’s population — with 2 million more from every age group going “missing” every year — because the desire for sons has given rise to sex-selective abortions, and girls suffer disproportionately from disease, neglect, or inadequate nutrition.

The government said in the report that the issue was “a matter for Indian society as a whole to reflect upon.”

Economic and cultural reasons such as property passing on to sons rather than daughters, paying for a wedding dowry, and daughters moving to their husband’s house, all contribute to a preference for boys, the study suggests.

“We know that the sex ratio in India is highly skewed,” the government’s chief economic adviser, Arvind Subramanian said, according the Washington Post.

Comparing data from 1991 and 2011, the study also found that even as incomes rose across different states in India, the sex ratio declined. In northern Punjab and Haryana states, there are 1,200 boys under the age of seven for every 1,000 girls, though they are among the richest states.

According to the study, India has improved in most gender indicators over the past decade, which has allowed more female education and agency in decision-making and household purchases.

“In some sense, once born, the lives of women are improving but society still appears to want fewer of them to be born,” the authors of the study said. 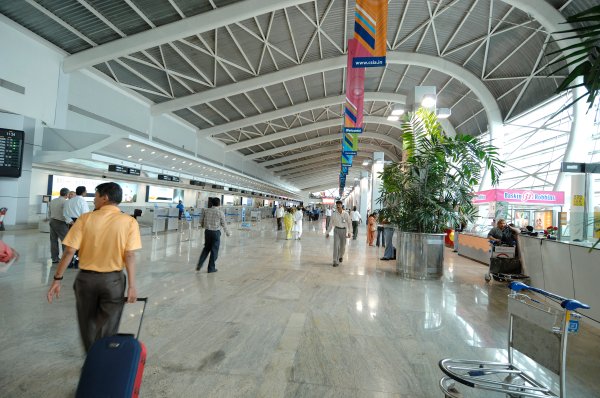 Does Mumbai Have the World's Most Impractical Airport Code?
Next Up: Editor's Pick