It’s a well-established fact that Nicole Kidman has discerning taste when it comes to food — who can forget, after all, her critique of Food Network star Giada DeLaurentiis’ apparently subpar pizza — but it appears that the Big Little Lies actor’s cravings skew towards the wild side.

In a Vanity Fair video, Kidman reveals that her “hidden talent is eating microlivestock,” which basically means that Nicole Kidman has a knack for tossing down bugs, something that she sweetly reminds viewers, is something that “2 billion people in this world” do.

To prove her point, Kidman delicately polishes off a four-course meal consisting of live hornworms (“moist, chewy, can’t quite describe the flavor”); live mealworms (“that is a fruity taste”); crickets (“like nothing you’ve ever tasted…like a hairy nut”); and finally, fried grasshoppers, which Kidman heartily endorsed (“these are amazing…exquisite”).

“I’m telling you, I’d win survivor,” she said between bites of mealworms. Can’t argue with that. 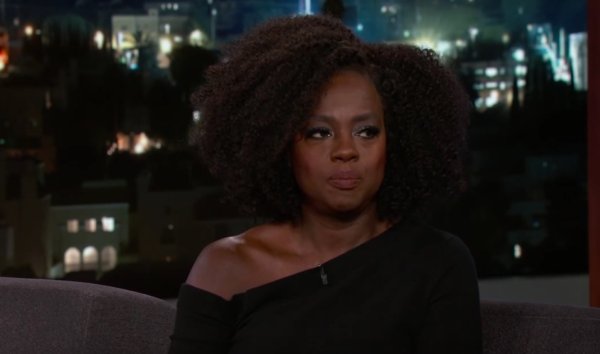 Viola Davis Explains the One Way Melania Trump Could Score a Cameo on Her Show
Next Up: Editor's Pick