It’s a wonderful day in the neighborhood for fans of both Tom Hanks and Mister Rogers: the Oscar-winning actor is set to play the beloved television icon in an upcoming movie titled You Are My Friend, according to TriStar pictures. The film, which is loosely based on an Esquire profile by writer Tom Junod, traces the writer’s experience meeting — and befriending, with transformative effects — the family-friendly screen personality.

It’s being directed by Marielle Heller, the mind behind the well-reviewed coming-of-age story Diary of a Teenage Girl. And the internet is absolutely thrilled that America’s Dad Hanks has been cast in this particular role, which will take many viewers back to their childhoods and time spent learning from Mr. Rogers and his zany cast of puppet characters while singing along to his memorable tunes. Here’s hoping Hanks spends all the time he needs perfecting the art of changing shoes and putting on sweaters with the precise aplomb of Mr. Rogers.

Mr. Rogers passed away in 2003 after being diagnosed with cancer. 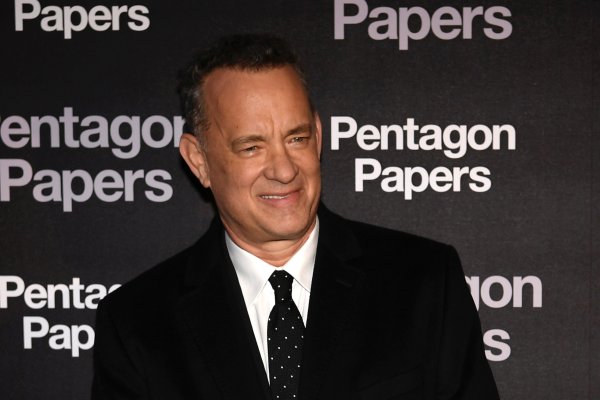 Tom Hanks Will Play Mister Rogers in New Film You Are My Friend
Next Up: Editor's Pick