Instead, Ginsburg will be in Rhode Island, giving a talk of her own as part of a series of speaking engagements across the U.S. during the Supreme Court’s monthlong break, the Associated Press reports. Ginsburg’s tour spans the country, from the Sundance Film Festival in Utah to law schools and synagogues along the East Coast.

But her decision to skip the State of the Union is not necessarily surprising, as Trump and Ginsburg have clashed in the past. In 2016, Trump tweeted that Ginsburg’s “mind is shot – resign!” after the justice called him a “faker.”

And Ginsburg is not the first Supreme Court justice to skip a State of the Union — in fact, it’s relatively common. Justices Clarence Thomas and Samuel Alito were notably absent from President Barack Obama’s 2015 address. Justice Antonin Scalia wasn’t there either, though he stopped attending the speeches altogether in 1997, calling the address a “childish spectacle.”

Trump is expected to emphasize his economic successes during Tuesday’s address to Congress in an effort to move past the scrutiny of the ongoing Russia investigation. 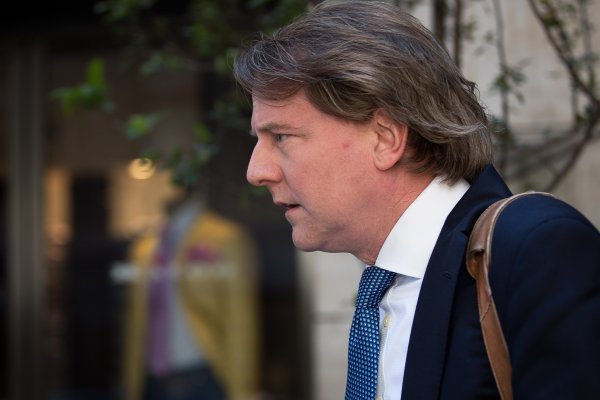 What to Know About Donald Trump's Lawyer Don McGahn
Next Up: Editor's Pick