Kendrick Lamar was once again denied a Grammy for Album of the Year — and the Internet is not happy about it.

At the 60th annual Grammy Awards Sunday night, Lamar was up for seven awards, including Album, Record and Song of the Year. Instead, Bruno Mars swept the three major categories despite steep competition from artists like Lamar, Childish Gambino, and Jay-Z. Mars won all six of the Grammys he was nominated for.

Lamar previously lost out on Album of the Year — the most prestigious award of the ceremony — to Taylor Swift in 2016 and Daft Punk in 2014 despite strong offerings with To Pimp a Butterfly and Good Kid, M.A.A.D City. A number of social media users noticed the trend and criticized The Recording Academy’s decision to leave Lamar without the coveted trophy for the third time running.

Despite the Album of the Year loss, there was some consolation for Lamar. The 30-year-old rapper still took home several trophies, including Best Rap Album for DAMN. and Best Rap Song for “HUMBLE.” 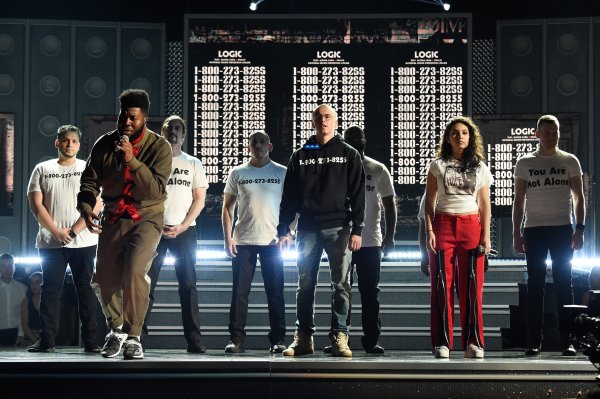 Logic Makes Powerful Plea for Unity in Grammy Performance
Next Up: Editor's Pick