We all know that Game of Thrones won’t return for its eighth and final season until 2019.

Speaking to the UK paper Metro, the Arya Stark actress said: “We wrap in December and we air our first episode in April [2019]. That’s a four-month turnaround for these huge episodes. There’s a lot that goes into the final edit. You would not want to rush this season at all. We owe it to our audience and our fans to really do this final season to the best of our abilities.”

That GoT might return for its grand farewell next April makes perfect sense — HBO premiered six of the show’s previous seven seasons in April or the last week in March. The show only shifted to a summer premiere in 2017 because season 7 took a bit longer than usual to produce.

But the other revelatory part of Williams’ quote — that production wraps in December — runs contrary to what we’ve been hearing. Filming is expected to wrap at the end of summer, likely end of July or early August. Star Peter Dinklage has recently been quotedas saying they’re halfway finished shooting. So take the Metro’s quotes with a grain of salt. HBO, naturally, isn’t commenting.

About Arya’s final episodes, Williams added, “I would love for Arya to find her true self again and let go of this anger and revenge that’s accompanied her on this journey. I’d love for her to be happy.” 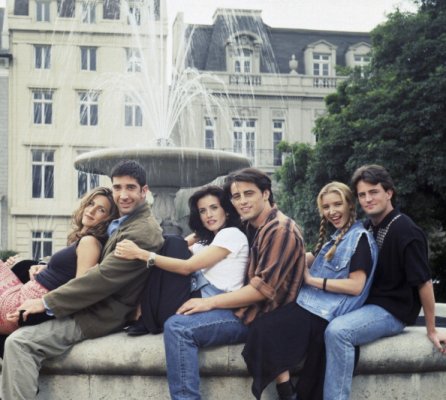 Lisa Kudrow Puts Another Nail in the Friends Movie Coffin
Next Up: Editor's Pick