Becoming an elected official was never something I aspired to do. My aspiration and mission in life was to continue the fight for social and economic justice that I witnessed on TV as a child growing up in Los Angeles during the civil rights movement. Staying true to this mission has led me from working in emergency rooms to serving as a four-term member of Congress in a position to train and assist future leaders.

Professionally, I worked in health care — first as a nurse and then as a physician assistant. My political activism was always as a volunteer and I fought against police abuse and U.S. policies in Latin America and Africa, where I felt we were on the wrong side of people fighting for independence from colonialism.

After inner cities across the nation experienced devastating job losses as drugs and gang violence took root, I started Community Coalition, a social justice organization with a mission to push for a comprehensive solution to drug use and addiction in Los Angeles, and fight against a punitive law enforcement system. It was crystal clear the “war on drugs” and the “tough on crime” focus of the day was going to lead to mass incarceration and tear families apart. One of the consequences of these policies for families was a massive increase in the number of children placed in foster care because of parental drug use. Becoming the executive director of the Community Coalition was the first time I was paid to do the work I had always done for free.

The Community Coalition organized neighborhoods and promoted local and state policies to address a myriad of problems.When I learned there were no African-American women in the California State Assembly, I ran for office in 2004 and enjoyed the opportunity to apply community organizing strategies in a legislative context. In the Assembly, I was able to propose and pass legislation to address the same problems I worked on in the community; such as improving the foster care system and reforming the criminal justice system. In 2008, my colleagues elected me to serve as the 67th Speaker of the Assembly, marking the first time in U.S. history that an African-American woman was elected to that role in any State House in America.

Serving as Speaker from 2008 until 2010 was particularly challenging as California experienced its worst economic crisis since the Great Depression. As state revenue plummeted, I had to participate in devastating cuts to the very programs I went to the legislature to protect and expand. As painful as this was, I knew that if I could prevent the dismantling of programs, funding could eventually be restored. The first order of business was to get the economy moving again. So, we fast-tracked billions of dollars for infrastructure projects to aid Californians who had been affected by the national economic crisis. Setting partisan politics aside and working across the aisle yielded a budget deal that turned around the economy in California and avoided further decline.

Then, seven years ago, I had the honor of being elected to the United States Congress and my aspiration and mission remains the same: Transforming the nation’s child welfare system and reforming the criminal justice system. I am now able to work on both domestic and foreign policy issues and have returned to my interest of improving U.S. relations with Africa and Latin America.

I am also enjoying applying community organizing strategies in Congress. When I arrived in D.C., I started the bipartisan Congressional Caucus on Foster Youth, a vehicle to organize members of Congress to come together to work for passage of legislation to improve the child welfare system. The group has grown to be one of the largest caucuses in Congress.

My lifelong commitment to fight for social and economic justice started in middle school. I was fortunate to always have people around me who served as mentors and guided my activism in a positive direction. Now I’m in a position to assist the next generation of activists and I take great pride in promoting new leaders. If one is seriously committed to improving society, the focus should always be on expanding the ranks of leaders who are prepared to work for positive change and improved social and economic opportunities. 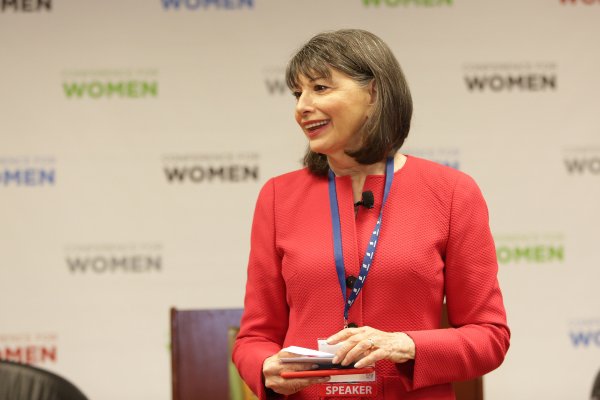 How Companies Must Adapt in the #MeToo Era
Next Up: Editor's Pick