U.S. President Donald Trump said he had not intended to cause offense in Britain by sharing anti-Muslim videos originally posted by a leader of a far-right fringe group and that he would apologize if such people were horrible racists.

Speaking to ITV’s Good Morning Britain show, Trump said he knew nothing about the group but that he was the “least racist person that anybody’s going to meet” and that his retweet was not an endorsement.

Trump sparked outrage in Britain when, last November, he shared the anti-Muslim videos and became embroiled in a public spat with British PM May who criticized him for the retweet.

When pressed on whether he would apologize for his retweet, he said that if the group was made up of racists then he would.

“Here’s what’s fair, if you’re telling me they’re horrible people, horrible racist people I would certainly apologize if you would like me to do that,” Trump said.

Trump said he did not mean to cause any difficulty for Britain, a country he said he loved very much. 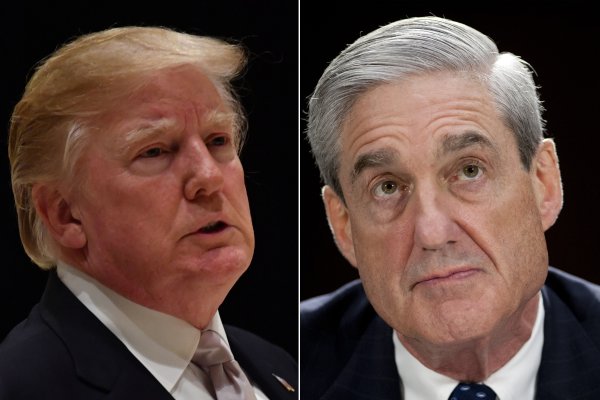 Robert Mueller Might Question Donald Trump. Here's What Could Go Wrong
Next Up: Editor's Pick