Bill Cosby’s legal team filed two motions Thursday in an attempt to dismiss the sexual assault charges against the comedian ahead of a retrial on April 2.

Defense attorneys filed one motion claiming that the prosecution cannot prove the alleged assault occurred within the statute of limitations, and another alleging “prosecutorial misconduct,” according to court documents.

In 2015, Cosby, 80, was charged with three felony counts of aggravated indecent assault against Andrea Constand, a former Temple basketball player who alleges that Cosby drugged and assaulted her at his home in Philadelphia between Dec. 2003 and Jan. 2004. Cosby previously claimed the encounter was consensual. He was charged on Dec. 30, 2015, just days within the 12-year statute of limitations.

In the motion filed Thursday, Cosby’s defense team draws on travel itineraries and phone records to argue that the prosecution cannot prove that the performer was in Philadelphia and met with Constand during the 22-day window in question.

“When compared with the supporting documentary evidence, Ms. Constand’s account as to when this alleged incident occurred is exposed as impossible,” the defense wrote, “and the charges therefore must be dismissed.”

The defense also allege “prosecutorial misconduct,” saying that prosecutors failed to disclose that they had met with Marguerite Jackson, Constand’s friend and colleague at Temple. In a statement, Jackson said that Constand told her that she had not been sexually assaulted. Attorneys have requested the inclusion of her testimony, which was omitted from the first trial.

The initial trial ended in a mistrial in July, with two jurors voting to acquit. The retrial start date, originally scheduled for November 2017, is now set for early April, with jury selection to begin March 29. Cosby faces up to 15 to 30 years in prison if convicted. 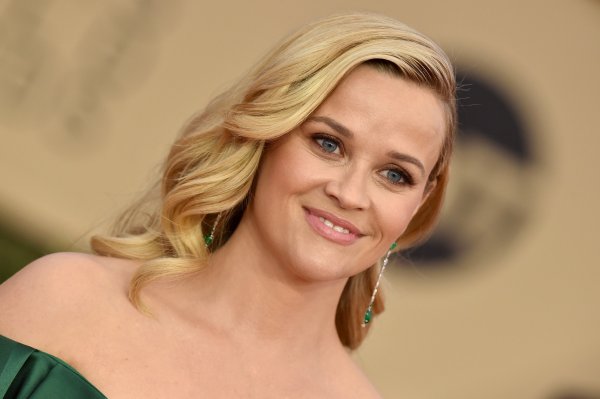 Reese Witherspoon Jokes She Has 3 Legs on Vanity Fair Cover
Next Up: Editor's Pick