Already Failed at Your New Year’s Resolution? 5 Ways to Restart It

If your New Year’s resolution is already in the rearview mirror, you’re not alone: Research has shown that about 30% of resolution-makers give up on their goal before they even reach the two-week mark. But just because you’ve already slacked on your new diet, exercise plan or organization scheme doesn’t mean you’ll never succeed, says John Norcross, a professor of psychology at the University of Scranton and an expert in behavior change and resolutions.

“Early slips do not predict failure,” says Norcross, who also authored the study about resolutions. “In fact, many ultimately successful resolvers report—even as they experience them—that the early slips strengthen their resolutions.”

The key to success is coming back from those slips stronger than ever, and course-correcting to get yourself on the right path. Here are five science-backed ways to restart your resolution.

Give yourself a reality check

Norcross says he often asks faltering resolvers if they experienced failure when learning a new skill, such as an instrument or a sport. The answer, of course, is yes—they fail dozens of times and accept that failure as part of the process. “Only in behavior change is it different,” Norcross says. “In the psychological realm, we expect perfection.”

Instead of being frustrated by failure, cut yourself some slack and recognize that changing your behavior is, essentially, learning a new skill, Norcross says.

Other research on New Year’s resolutions has shown that people are more likely to succeed if their goals bring immediate, rather than delayed, benefits. Enjoying the day-to-day pursuit of a resolution is a better predictor of success than working toward a lofty, long-term payoff, says Kaitlin Woolley, an assistant professor of marketing at Cornell University and author of that study. “The trick with long-term goals is to think about how they also are providing benefits in the moment,” she says.

If your initial resolution was to work out in order to improve your health, for example, you may see better results if you think about shorter term gains: how fun your workout is, or how nice it is to spend time with your friends or listen to music while you sweat. “That’s something that’s enjoyable right then in the moment,” Woolley says.

Having a resolution buddy doesn’t make much of a difference right away, Norcross says—but social support starts to make a big impact around February, or about a month in. “The research-informed explanation is that virtually anybody can get through a couple weeks with a neutral or even toxic environment, but that begins to weigh heavily,” he says. Having a friend or family member who’s going through the same thing may give you the strength to stick to it.

Chances are, something triggered your resolution lapse, whether it was a person, place or bad habit. Avoiding those triggers, and replacing them with people, places and things that will help you stick to your goal is crucial, Norcross says. You’ll have to gradually re-expose yourself to triggers eventually, Norcross says, but taking them out of the equation early on will make it easier to cement a new habit.

Take dessert, a habit many people try to kick. If you rarely eat dessert at home but tend to indulge during meals out, try temporarily avoiding the triggering behavior of eating in a restaurant. That will help you get used to going without dessert. Once you have a strong habit to fall back on, you can gradually reintroduce restaurant meals back into your life.

Restart at the right time

Research suggests that starting a behavior change on a day that holds psychological significance—whether that’s the first of the month, a birthday or an anniversary—may modestly improve your chances of success, Norcross says.

One caveat: Don’t wait for a big day if that’s just another way to put off healthy change. “We tell people to go when you are best ready,” Norcross says, “without resorting to procrastination and yet another excuse.” 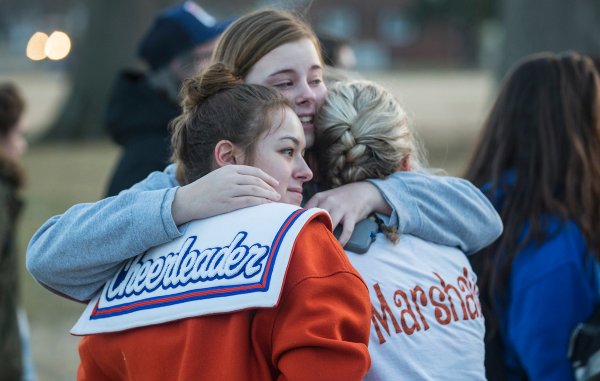