We’re now in the midst of Justin Timberlake season: he’s put out two singles, has an album on its way Feb. 2, and on Feb. 4 will be the star of the Super Bowl LII Halftime Show.

In a new video shared by sponsor Pepsi, Timberlake gives us a peek into his preparations for performing on the world’s biggest stage. It’s only a 13-minute set, but a lot goes into making it all come together.

“It’s gonna go by quick. Like, *snaps*,” Timberlake notes in the clip, which shows choreography rehearsals in New York City with the “Filthy” singer and his crew of dancers and longtime choreographer, Marty Kudelka. (“Justin and Marty have a very unique and very special relationship,” explains assistant choreographer AJ Harpold; they’ve been working together since all the way back in his *NSYNC days.)

“He has his own style of movement that complements the way that I like to move onstage. It’s crisp without being showboat-y,” Timberlake describes the choreography.

As for the goal once they get out on the Minneapolis field? “Unity. That’s all we’re gonna try to do. I don’t worry about if things go wrong, because perfection is the death of greatness,” Timberlake muses. “If the ethos can be like, hey, for 12 or 13 minutes we’re gonna have a really good time, I think if everything spawns off of that, I think it will be fine.”

Check out the group’s moves so far for an early look at what to expect come Super Bowl Sunday in the video above. 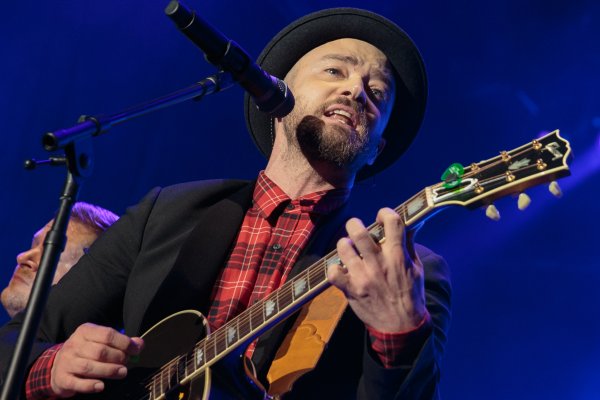 Who's Singing at the Super Bowl?
Next Up: Editor's Pick