Sorry, Oprah Fans. She's Not Running for President in 2020

Sorry, Oprah 2020 fans. The mogul says she’s not interested in running for President of the United States.

“I’ve always felt very secure and confident with myself in knowing what I could do and what I could not. And so it’s not something that interests me. I don’t have the DNA for it,” Oprah Winfrey told InStyle for the magazine’s new cover story.

The powerful speech Winfrey gave while accepting the Cecil B. DeMille Award led people to begin a viral campaign to get her to run for president. Days later, “#Oprah2020” was still trending on Twitter, InStyle notes. Winfrey’s longtime partner Stedman Graham even said, “It’s up to the people. She would absolutely do it.” Her well-known best friend of decades Gayle King said Winfrey was “intrigued” by the idea, though not sold.

But Winfrey says it’s not going to happen.

“Gayle — who knows me as well as I know myself practically — has been calling me regularly and texting me things, like a woman in the airport saying, ‘When’s Oprah going to run?'” Winfrey said. “So Gayle sends me these things, and then she’ll go, ‘I know, I know, I know! It wouldn’t be good for you — it would be good for everyone else.’ I met with someone the other day who said that they would help me with a campaign. That’s not for me.” 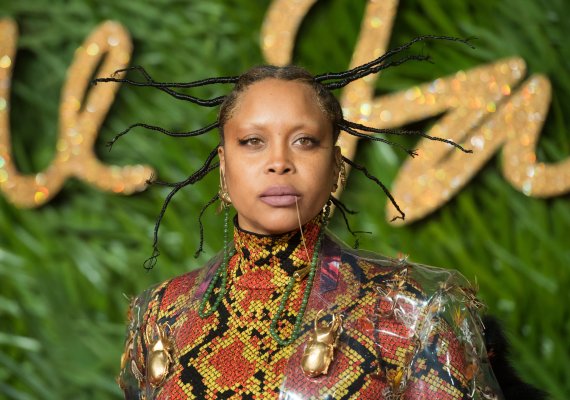 Erykah Badu Insists She Will See Something Good in Everybody
Next Up: Editor's Pick