But a few years ago, Lamon saw that coal’s future was bleak and switched to building solar power plants. Now he’s worried that Trump will harm his business.

The Trump Administration announced a 30% tariff on solar-panel imports on Jan. 22, a move that will push the cost of solar panels to a level at which it no longer makes sense to build solar power plants in some places. That will hit Lamon and his employees hard. DEPCOM Power employs more than 1,600 people to design, build and operate solar farms, with projects dotting the country in red and blue states alike. The Solar Energy Industries Association estimates that the new tariff will cost 23,000 jobs in 2018–about 9% of the total number of people who work in the industry.

“Solar is not just expanding today because it’s green or clean–those are side benefits,” Lamon says. “Look at what it can help do to the overall U.S. economy … We find people making $8, $9 an hour flipping burgers, and we bring them to a solar plant and pay them $18.”

Trump’s disdain for renewable energy sources was no secret during his campaign for President. As a candidate, he often criticized alternative energy, saying solar was “not working so good” and wind power “kills all your birds.” Instead he trumpeted coal. Despite Trump’s views, Lamon bet on low-cost solar as a more affordable long-term energy source. Without subsidies, electricity from large-scale solar power plants currently costs about a third the price of coal and roughly the same as natural gas, according to the financial advisory firm Lazard. But a tariff on imported parts will cut into the profit margin at firms like Lamon’s.

Trump’s decision came after two U.S.-based solar-panel manufacturers formally petitioned the U.S. International Trade Commission in May 2017, arguing that competition from China posed an existential threat to their industry. The federal agency ruled in the manufacturers’ favor in October, giving the Trump Administration free rein under federal law to impose a tariff as a solution. “The President’s action makes clear again that the Trump Administration will always defend American workers,” said U.S. Trade Representative Robert Lighthizer.

But analysts say the 30% tariff will cripple installers, who rely on low-cost imported panels to stay competitive with other energy sources, while at the same not doing enough to save ailing solar manufacturers that can’t compete with importers. The two sides of the solar industry don’t see eye to eye on the tariff, but U.S. installers dwarf manufacturers, employing far more people and generating greater revenue. The move does, however, fit in with the Trump Administration’s effort to boost coal at the expense of renewables, even though analysts say coal isn’t bouncing back no matter what. It also allows Trump to make good on a campaign promise to crack down on what he sees as China’s unfair trade practices.

Even before Trump’s announcement, concern over the tariff had spread to laborers employed at solar-installation sites across the country, says Matt McMullan, a project director for Missouri-based McCarthy Building Companies. McCarthy cut its projected revenue from solar projects in half for 2018 in anticipation of the tariff’s raising costs, which will make some projects unviable. Now the tariff has cast into doubt the future of many in his workforce. Says McMullan, “A lot of them naturally ask where they’re going next.” 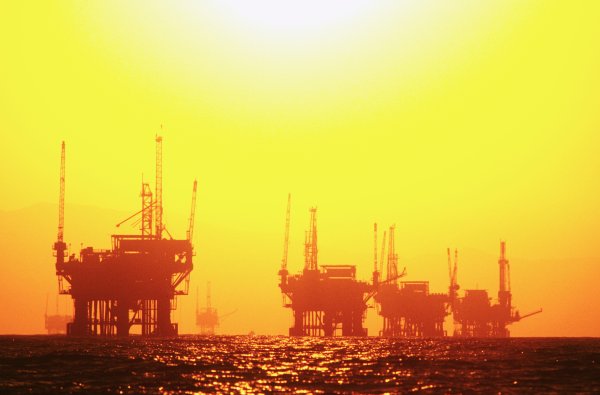 Donald Trump Wants Oil Drilling Everywhere. Here's Why That Could Fail
Next Up: Editor's Pick