Why GDP Is a Terrible Metric for Success and Wealth

Ideas
By David Pilling
Pilling is the Africa editor of the Financial Times and author of The Growth Delusion: Wealth, Poverty, and the Well-being of Nations

Shortly before British voters took what most economists regarded as the suicidal decision to leave the E.U., Anand Menon, a professor of European politics at King’s College London, was in the northern city of Newcastle. A long way from prosperous London, Menon gave a talk in which he echoed the standard economists’ view that a vote for Brexit would damage Britain’s gross domestic product. A woman in the audience heckled back, “That’s your bloody GDP. Not ours.”

Just as in America, in Britain too the story told by official statistics does not always match people’s lived experience. That is especially true in places like Newcastle, a former shipbuilding city, which lost out to competition from Asia in the 1970s and has seen living standards stagnate ever since. As in parts of the U.S. where opportunities for non–college graduates have stalled, health outcomes in Newcastle are below the national average.

The U.S. economy, we are told, is booming. In the past two quarters, gross domestic product has risen by more than 3%, the stock market is soaring and unemployment is down to a 17-year low of 4.1%. Many people, though, don’t feel that upside.

The perception gap is an abyss. Unemployment, more broadly measured, is higher than the headline number suggests because many people have simply given up looking for work or are working in part-time jobs when they want a full-time job. One of the prime faults of GDP is that it deals in averages and aggregates. Aggregates hide the nuances of inequality. And averages don’t tell us very much at all. Barring a few recessions, the U.S. economy has been on a near relentless upward path since the 1950s. Yet according to a Pew Research Center report, the average hourly wage for nonmanagement private-sector work was $20.67 in 2014, a measly $1.49 higher than in 1964, adjusted for inflation.

Studies suggest that people care more about relative than absolute wealth. If that is true, then as a minority have become richer, the majority have grown more miserable. In a famous experiment carried out at Emory University, two capuchin monkeys were put side by side and given cucumbers as a reward for performing a task. When one of the monkeys was given better-tasting grapes instead, the monkey receiving cucumbers became distraught, flinging its now despised reward at its trainer. The experiment is called “Monkeys Reject Unequal Pay.”

The problems with using GDP as a barometer go beyond masking inequality. Invented in the U.S. in the 1930s, the figure is a child of the manufacturing age–good at measuring physical production but not the services that dominate modern economies. How would GDP measure the quality of mental-health care or the availability of day-care centers and parks in your area?

Even Simon Kuznets, the Belarusian economist who practically invented GDP, had doubts about his creation. He did not like the fact that it counted armaments and financial speculation as positive outputs. Above all, he said, GDP should never be confused with well-being. Kuznets’ is a warning we have ignored. Growth as measured by GDP has become the king of numbers. Woe upon the politician who says he is going to sacrifice growth for something else, whether that is cleaner air, better health care or free pizza.

It is not all bad news. Because GDP is poor at capturing innovation, it may underestimate some aspects of our lives. A 19th century billionaire would have given half his fortune for a lifesaving course of antibiotics. Now antibiotics cost pennies and contribute virtually nothing to our measured economy. Wikipedia, which brings human knowledge to virtually everyone, adds not a cent to GDP.

That suggests we need to find different ways of measuring our success. For the most part, we have become enraptured with a single measure that offers only limited information.

A decade ago, former French President Nicolas Sarkozy commissioned a panel, headed by Nobel economist Joseph Stiglitz, to study exactly this. In what became the title of its report, it concluded that we were “mismeasuring our lives.”

In the foreword, Sarkozy wrote that the gap between reported well-being and people’s lived experience was creating a “gulf of incomprehension between the expert certain in his knowledge and the citizen whose experience of life is completely out of sync with the story told by the data.” That gulf, he wrote, in words that summarize the anger that is currently tearing so many societies apart, is “dangerous because the citizens end up believing that they are being deceived. Nothing is more destructive of democracy.”

Pilling is an associate editor at the Financial Times and the author of The Growth Delusion. 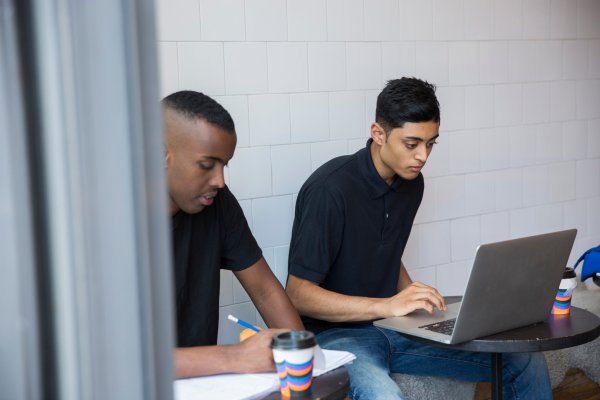 The Global Effort to Make Migration Work
Next Up: Editor's Pick