There’s a New Health Secretary. What Will He Mean for Women’s Health?

On Wednesday, the Senate confirmed Alex Azar, a former pharmaceutical company executive, as the new secretary of Health and Human Services.

“The Affordable Care Act has helped millions of patients have access to affordable and high-quality reproductive health care,” said Dr. Anne Davis, Consulting Medical Director of Physicians for Reproductive Health in a statement about the confirmation. “Mr. Azar, however, has been a harsh critic of the ACA and once called it a ‘fundamentally broken system.’ As physicians, we seek to preserve gains brought by the ACA for Americans, and we are concerned Mr. Azar does not has those same interests in mind.”

During a confirmation hearing for Azar in late November, Democratic Sen. Patty Murray asked Azar if he supports a recent rule from the Trump Administration that allows employers with a conscience objection to deny insurance coverage for contraception for women (the law is currently blocked by a federal court). Azar responded that the number of employers believed to take advantage of the rule is overall small, but said “I do believe we have to balance of course a woman’s choice of insurance that she would want with the conscience of employers and others.”

According to Talking Points Memo, Azar also told Murray in a written response to her questions regarding a strategic plan released by HHS which stated that life begins at conception, that “The mission of HHS is to enhance the health and well-being of all Americans, and this includes the unborn.”

Azar’s position on reproductive health issues is relevant amid actions recently taken by HHS and the Trump Administration that critics say limit women’s access to contraception options and abortion. In a draft strategic plan, the agency made specific note that the agency is “serving and protecting Americans at every stage of life, beginning at conception.” Officials at the Office of Refugee Resettlement, which is part of Health and Human Services, attempted to prevent a 17-year-old undocumented woman from seeking abortion care.

This month, the Trump Administration rescinded guidance from the Obama Administration that made it harder for states to defund Planned Parenthood and similar abortion providers, and President Trump became the first sitting president to address the annual March for Life, an anti-abortion rights rally.

Azar’s influence on women’s access to contraception and abortion services are yet to be seen, but abortion rights opponents praised the confirmation.

“We congratulate Alex Azar on being confirmed as head of HHS. He takes the reins at a time when major pro-life policy initiatives are being rolled out at this crucial department,” said Susan B. Anthony List president Marjorie Dannenfelser in a statement. “Azar’s commitment to HHS’ mission ‘to enhance the health and well-being of all Americans,’ including unborn children and their mothers, is so encouraging. We are confident that he has the experience and enthusiasm to lead the way in implementing President Trump’s pro-life priorities.” 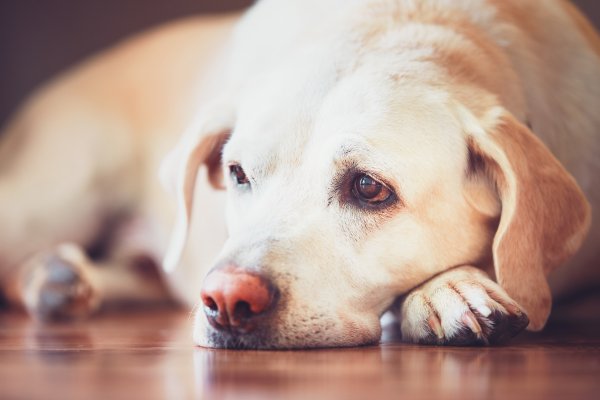 Recent Dog Flu Outbreaks Have Pet Owners Worried. Here's What to Know
Next Up: Editor's Pick