All 27 engines of SpaceX’s massive Falcon Heavy rocket roared to life together for the first time Wednesday, violently spewing exhaust and steam in a successful static fire test that paves the way for the spacecraft’s inaugural launch. In a static test, a rocket’s engines are lit but the spacecraft is secured to a platform; it’s a standard procedure meant to ensure a rocket is ready for an actual launch.

Following the Falcon Heavy static test, SpaceX CEO Elon Musk tweeted that the craft could fly in as early as “a week or so.” That follows years of delays as the spacecraft proved more difficult to build than expected and SpaceX grappled with failures of its Falcon 9 rocket, upon which the Falcon Heavy is based.

The Falcon Heavy’s initial flights will be unmanned, while future launches might have payloads like satellites and other space-bound equipment. SpaceX has also floated the idea of using Falcon Heavy to fling high-spending space tourists off planet Earth and back.

The Falcon Heavy — essentially three Falcon 9 rockets strapped together — is seen as the world’s most powerful rocket since NASA’s Apollo-era Saturn V, capable of producing more than 5 million pounds of thrust at liftoff time. 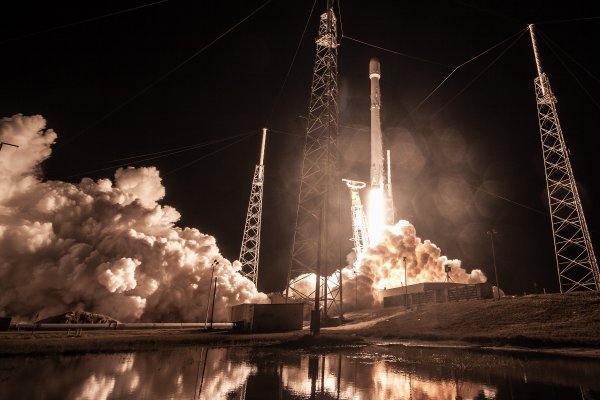