'These Girls Grew Up to Be Strong Women Who Destroyed His World.' Gymnasts React to Larry Nassar Sentencing

By Alice Park and Sarah Begley

Judge Rosemarie Aquilina, who has become an advocate for the sexual abuse victims of Larry Nassar, sentenced the osteopathic gymnastics doctor to 40 to 175 years in prison on Wednesday. Immediately after, many of the 156 victims, who made statements at the sentencing, hearing expressed relief that their reports were finally heard.

“It’s the right sentence. You go through so much and it feels like such a long time; I can’t believe how fast it went, and how much I went through in this 18-month process. But I want answers, I want accountability. These people need to step up. I will fight for the answers; I won’t stop until I get the answers that I want.”

Lorincz, a gymnast, said she was abused by Nassar when she was 13, but that she and her mother did not think anyone would believe she was abused because Nassar was so powerful in the gymnastics community

“He’s going away for a really long time, he’s not practicing medicine any more, and he’s not fooling anyone any more. All of these girls grew up to be strong women who destroyed his world,” Stephens said.

Stephens was the first, initially anonymous, person to report sexual abuse by Nassar, who was a friend of the family. The abuse began, she said, when she was in kindergarten.

“One down, hope the rest of you are ready,” the gymnast posted on Twitter Wednesday.

“It’s absolutely the right sentence,” the former gymnast, and one of the first to go public with allegations, said right after Nassar’s sentencing. “But this is the biggest sexual assault scandal in history and we should want to know why it happened. If we don’t, things are not going to get better.”

The 2016 Olympic gold medalist shared her thanks for Judge Aquilina on Twitter:

The 2012 Olympian also thanked the judge and those who supported her: 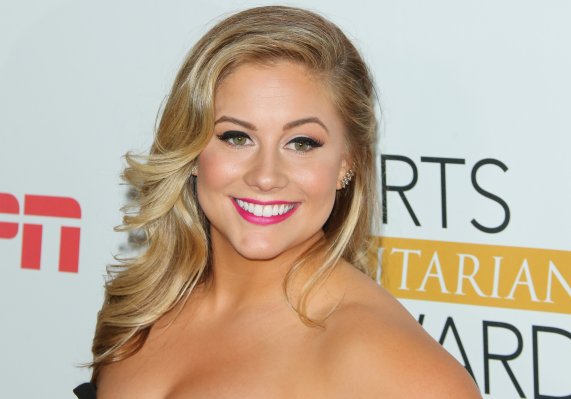