Jeb Bush Will Decide on 2016 Presidential Bid This Year

Former Florida governor Jeb Bush has said he will decide by the end of the year whether he will run for President in 2016.

The son of former President George H.W. Bush and younger brother of former President George W. Bush gave a long statement at an event marking 25 years since his father’s presidency about a potential presidential bid, saying his decision would ultimately rest on whether a candidate in 2016 can “run with a hopeful, optimistic message, hopefully with enough detail to give people a sense that it’s not just idle words and not get back into the vortex of the mud fight,” the Washington Post reports.

At the event, which was moderated by Fox News, Bush also said he was weighing the pressure a presidential run would place on his family, saying running a campaign would be a “huge sacrifice.” Bush also cited a grueling primary struggle as a consideration about whether to run. 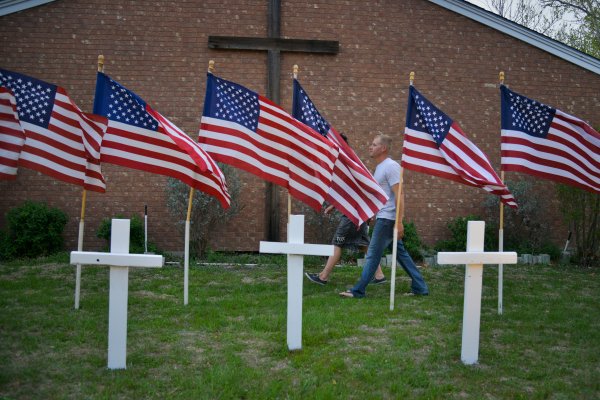 Fort Hood Shooting Prompts Debate on Base Security
Next Up: Editor's Pick