How to Stop Government Shutdowns

The House of Representatives side of the United States Capitol building as seen on Friday, Dec. 1, 2017.
Bill Clark—CQ-Roll Call,Inc./Getty Images
Ideas
By Derek Kilmer
Rep. Derek Kilmer (D-WA-06) is the U.S. Representative for Washington's 6th Congressional District and is Chairman of the Select Committee on the Modernization of Congress.

When renovating a house, you don’t just diagnose the problems like water in the basement or an outlet that doesn’t work or, in this case, crippling partisanship and the influence of special interests. You fix the structural flaws causing those problems, like the plumbing and electrical system.

Excessive partisanship can be a problem, but that’s not what’s stopping Congress from getting things done. After all, Democrats and Republicans have always disagreed to some degree, and disagreement between the parties actually signals that we have a healthy and functioning democracy. The problem is the process that allows members to work through their disagreements and develop consensus on even routine issues no longer functions.

I’m a member of organizations like the Bipartisan Working Group and the Problem Solvers Caucus, which regularly convene Democrats and Republicans who want to work together to discuss issues and find common ground. What I’ve learned is that most folks in Congress really do want to get things done — and that when Democrats and Republicans come together, identify problems and make a good-faith effort to solve them together, it’s actually not that hard to make progress. For example, Congress passed significant education reform in 2015 – the Every Student Succeeds Act – with broad bipartisan support. But that simply doesn’t happen enough.

In the coming weeks, Republicans and Democrats will take separate retreats to discuss their separate goals for the coming year. Then members will all come back to Washington, D.C., and continue meeting separately. There is no reason all 435 members of Congress should not set goals for the coming year together. It also shouldn’t be breaking news when the leaders of both parties meet. They should meet weekly to discuss progress on shared goals, and the whole House should meet monthly for updates. This would be a start.

Like college freshmen, new members of Congress go to orientation. They’re taught about regular order, the process through which Congressional Committees take the lead on important legislation: they shepherd bills through Congress by using transparent procedures, which in turn give individual members a meaningful opportunity to provide input and amendment.

These days, that almost never happens. Whether it’s the recently passed tax bill, or any of the end-of-year budget deals and spending packages of the last several years, we’ve seen very few pieces of major legislation passing using anything resembling regular order. For example, the tax law was written behind closed doors by party leaders. Representatives who were part of the Ways and Means Committee didn’t have a chance to see the bill — or to offer amendments — throughout the Committee process. In fact, the only changes made to the bill during the markup process were made by the committee chairman and shown to the full committee just one hour before a vote.

Party leaders may say they want to return to regular order, but once in power, the temptation to replace public debate with private negotiation always seems too great. The final product suffers. Transparency and openness in the legislative process ensures that potential problems are identified and addressed early. Public policy that is enacted on a partisan basis, like the tax bill or the Affordable Care Act, becomes subject to endless re-litigation, creating a harmful atmosphere of unpredictability as the party out of power pledges to undo legislation passed by the majority. How can the American people count on what their health plan is going to be or what amount of taxes they pay when hyper-partisan approaches lead to unpredictable swings back and forth each time the party in power changes in the House and Senate?

But even if it could be done, returning to the old way of business is no longer enough. Those who want to be leaders in Congress should commit themselves to creating new rules that empower committees to do what they were intended to do: develop legislation that reflects the greatest possible consensus. Leaders should establish expedited procedures that allow bills with broad, bipartisan support the opportunity for an up or down vote in the House. That way, party leaders or narrow factions can’t bottle them up by using parliamentary tactics or just plain refusing to bring broadly- supported legislation up for a vote. It’s one thing to have disagreements. It’s another when Congress refuses to move forward on issues Democrats and Republicans agree on.

Finally, the House must get its finances in order. The budget process is unquestionably broken. According to the Pew Research Center, Congress has not passed the complete package of appropriation bills on time since 1996. More recently, as Pew reports, from 2011 to 2016 Congress has failed to pass even a single spending bill into law before the end of the fiscal year. Kicking the can from one potential shutdown to another and threatening default on the debt create uncertainty for markets and the private sector. It also makes for an inefficient and ineffective federal government. Everybody loses.

Congress should revisit the Budget Act and design a process that generates more predictable and successful outcomes. Changes in the debt-limit should be incorporated into budget resolutions, and Congress could implement a law that maintains the prior year’s funding levels automatically if it fails to pass spending bills for the year ahead. That creates more certainty and reduces opportunities for partisan brinkmanship.

It seems every election cycle comes with promises from party leaders that they will clean house. That’s no longer good enough. Regardless of which party controls Congress, voters must demand that their leaders commit to rebuilding the House, so that our nation can tackle the challenges we are facing head on and so that the public trust in Congress and the people serving in it is restored. 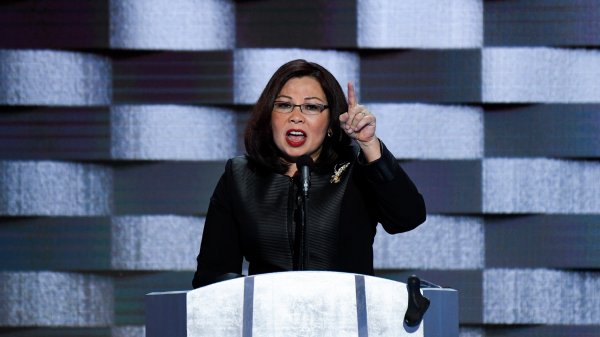