A school dropout from a poor family in southern India’s Tamil Nadu, Arunachalam Muruganantham is an unlikely advocate for women’s menstrual health.

But when Muruganantham discovered that his wife was using rags during her periods, he wanted to help. The rag was so dirty, he says, that he wouldn’t even clean his scooter with it, but to buy sanitary pads would mean sacrificing the family’s milk budget. They couldn’t afford to buy them, so instead, he made her one.

Muruganantham then devoted the next 20 years of his life to inventing a simple machine to make low cost sanitary pads. What started as a selfless act of love for his wife turned into an enterprise that has helped millions of rural women in India. Once shunned as a pervert, Muruganantham is now celebrated as a visionary. He was named one of Time’s 100 Most Influential People in 2014, and dubbed India’s “menstruation man.”

Such is the uplifting tale of Pad Man, a biographical Bollywood movie inspired by Muruganantham and his journey to extricate India from the debilitating stigma surrounding menstrual health, where only 12% of girls have access to sanitary products. Directed by Indian filmmaker R. Balki and produced by writer Twinkle Khanna, the comedy-drama, which debuts in theaters on Feb. 9, is the world’s first feature film to address period poverty, a problem that stretches far beyond India.

“If nothing else, I’m hoping that it starts a conversation that so far has been cloaked in shame and taboo,” says Khanna, a well-known Indian author and columnist who wrote the short story from which the film was adapted, The Sanitary Man of Sacred Land.

When girls get their periods in many parts of India, life shuts down for a week. Because of entrenched taboos surrounding menstruation, what is a normal biological process is seen as impure. Many women in rural areas are restricted from doing everyday activities on their periods such as worshiping in the temple, cooking, touching the water supply, or even touching other people. Compounded by the already high cost of pads, proper menstrual care remains out of reach for most women in India. Without access to a basic cotton pad, women resort not only to rags, but sometimes ash, sawdust, newspaper, leaves, and even cow dung.

These taboos have manifested in a staggering array of statistics. With limited access to pads and safe places to change them, almost a quarter of girls in India miss school during their periods, and over 20% of girls drop out of school completely after reaching puberty. About two thirds of girls in India only change their menstrual cloths once a day, and as such, around 70% of all reproductive diseases are caused by poor menstrual hygiene practices.

Against this backdrop, Muruganantham endeavored to invent a low cost pad. He first fashioned his own cotton pad and asked his wife to try it. He urged his sisters but to no avail. He even tried recruiting female medical students. He ultimately tested the pads himself using a punctured a soccer bladder filled with goat’s blood.

Read More: How We Can Fight Period Stigma Around the World

In the eyes of the villagers, “I became a psycho,” Muruganantham tells TIME. The social backlash against him mounted — he was accused of being a pervert and possessed — and soon it became too much for his family. He lost his wife, his home, and his entire community. “The village chased me out,” he says.

Muruganantham persisted. He needed the funds, the right kind of cotton, and the machinery. After four and half years, he invented a simple machine that could turn raw cotton into a pad. “I understood this was really important for women,” he says. “That’s why I never gave up.” To date, more than 4,000 of Muruganantham’s machines have been installed across India and exported to 15 countries.

“Even if three people watch it, the movie will be a huge success. Pad Man will show every man what should be done — for their mothers, their daughters, their aunts,” Kumar says.

Filming Pad Man was not without its difficulties. For one scene, the directors recruited local extras who were given pads to hold. One man refused and ran away. “The man said, ‘I’m not going to hold a sin in my hand,’” Kumar says.

Stigma surrounding periods affects women and girls all over the world. In Iran, 48% of girls believe that menstruation is a disease, according to one study. And 10% of girls across Africa miss school when they get their periods. Even in the United Kingdom, 1 in 10 disadvantaged girls can’t afford sanitary pads. And women living in poverty in the U.S. lack access to adequate menstrual care.

“The film is just a drop in the ocean in the amount of work that has to be done,” says director R. Balki. “Any little bit is only going to help the cause.”

India has made moderate efforts to address the problem. In 2011, the government launched a Menstrual Hygiene Scheme, which subsidized sanitary pads and pushed for wider distribution among adolescent girls. But the initiative’s success was deemed “low” in a 2015 annual review by the National Health Mission because of irregular supply and quality of the pads. And last year, the government placed a 12% tax on sanitary pads, classifying them as a “luxury item.”

In coordination with Pad Man‘s opening, a social media campaign was launched called #PadManChallenge, encouraging people to post a selfie holding a pad to help break the silence around menstruation.

“Yes that’s a Pad in my hand & there’s nothing to be ashamed about. It’s natural! Period. #StandByHer,” Muruganantham wrote in an Instagram post.

“Definitely this [movie] will make a revolution…More and more people started talking in public,” says Muruganantham. “We want to make India into an understanding country.” 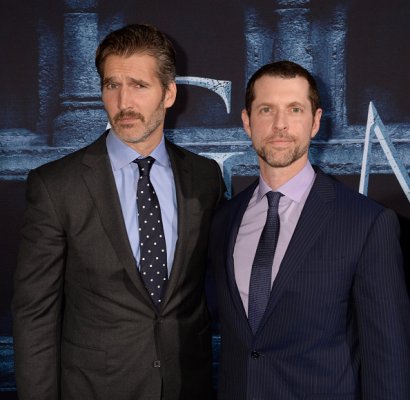