The government may have shut down, but that didn’t stop patrons of the Montgomery, Alabama Taco Bell from holding a candle vigil for the fast food restaurant after it caught on fire.

Fans of the Doritos Locos Tacos, Crunchwrap Supreme and other Taco Bell staples gathered in the restaurant’s parking lot on Sunday night after the location caught on fire on January 17, Associated Press reports. More than a hundred people attended the event, which went viral via Facebook. Attendees were invited to “stand together in the loss of our beloved taco bell.”

For the organizer of the event and subsequent mourners of all things Cheese Gordita Crunch-related, the vigil was seen as a moment to reflect on something wonderful in light of current events. “It just gave people something to talk about other than all the negativity that’s going on right now,” organizer Katie James told AP.

It wouldn’t be college without a rivalry: people were throwing shade at some of Taco Bell’s competitors, including Arby’s and Waffle House. Ashley Nicole Portis noted that Waffle House was nearby, but “sometimes they’re out of waffles. At Taco Bell, they’re never out of tortillas.”

In a statement, the owners of this Taco Bell location said they were “overwhelmed by the displays of support.” The Taco Bell is still closed due to it being “an active investigation site,” but that didn’t stop vigil-goers from feasting in fast food. After the ceremony, some could be seen heading to Arby’s. 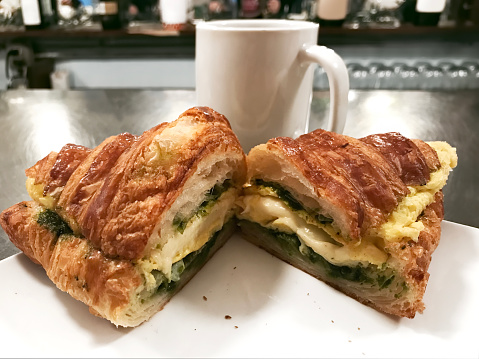 The Internet Is Up in Arms About This Sandwich Not Being Perfectly Cut in Half
Next Up: Editor's Pick