Olivia Munn is shutting down rumors that she and Anna Faris are at odds because of gossip that implied that she and Faris’ ex, Chris Pratt might be dating.

In a series of screenshots captured by People that the actor shared on her Instagram story, Munn wrote that not only rumor that she was dating Pratt not true, she had also personally text messaged Faris to dispel any misinformation that may have reached her. Munn also used the opportunity to draw light to the narratives that are often constructed around women following a split.

“1. Not every woman is scorned and upset after a breakup,” she wrote. “2. Not every woman is ‘furious’ at another woman for dating her ex. 3. So even if I was dating @prattprattpratt, some tabloids got me and @annafaris all wrong. 4. Women respect and love each other a lot more than some people like to think.”

Following these musings and a light-hearted joke about the horrible celebrity couple name that she would have with Pratt if the rumors were true, Munn shared a screenshot of her text exchange with Faris, where the women show a clear respect for one another.

Faris’ response to Munn was equally courteous and kind.

“You are so sweet to text,” Faris wrote back. “I love you-having said that if you were my new sister in law I would be thrilled! -lets please catch up soon.” 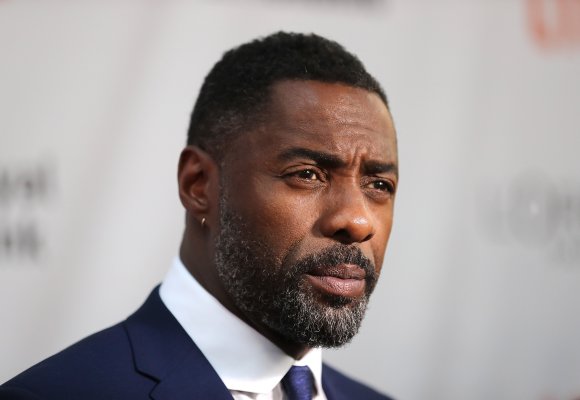 Idris Elba Wants to See a Female James Bond: "Why Not?"
Next Up: Editor's Pick