Senate Democrats joined Republicans to end a government shutdown Monday, with a promise to move on immigration bills including support for undocumented people brought to the U.S. as children.

On the third day of the shutdown, the Senate voted 81-18 on a short-term continuing resolution to fund the government through Feb. 8, in part based on a promise from Senate Majority Leader Mitch McConnell to hold a debate over immigration measures soon.

The shutdown began in part because congressional Democrats wanted to use the routine need to pass a bill to fund the government to force the Republican majority to pass legislation that would protect the 800,000 undocumented immigrants who had been protected by Deferred Action for Childhood Arrivals, an Obama-era program that the Trump Administration is winding down.

President Donald Trump has said that he would like to protect the Dreamers with a “bill of love,” but the White House repeatedly rejected Democratic offers to compromise by spending more on border security and a wall on the Mexican border.

The government spending measure required 60 votes in the Senate, where Republicans hold a narrow 51-49 majority, meaning they needed Democratic cooperation to pass the bill. 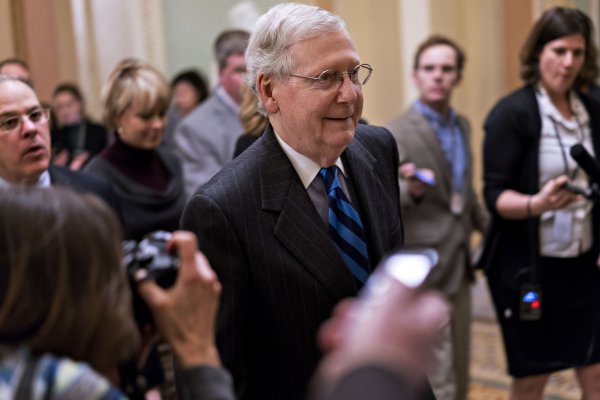 Watch Live as Senators Vote on Ending the Government Shutdown
Next Up: Editor's Pick