The Biggest Snubs and Surprises of the 2018 Oscar Nominations

Heading into the announcement of the nominations for the 90th Academy Awards Tuesday morning, it felt to many observers as though the winners themselves — let alone the nominees— had already been determined. Several performers’ repeat wins at January’s awards ceremonies left the feeling that there was little room left for surprises, even six weeks out from the Oscars. But when Andy Serkis and Tiffany Haddish announced the long list of nominees, bright and early from Los Angeles, there were more than a few names that deviated from expectations.

Here are some of the 2018 Oscar nominees’ most unexpected inclusions and — perhaps more importantly — disappointing exclusions.

Though the British Get Out star received Golden Globe, Critics’ Choice and SAG nominations for his chilling performance in Jordan Peele’s horror film, it appeared as though he was on the bubble when it came to the Oscars. But the entire exercise of the Best Picture nominee — that the audience identify fully with the growing terror his character is experiencing — rides upon Kaluuya, and this nod confirms his place among the best.

The absence of Franco and Hanks from Kaluuya’s category was surprising, although for very different reasons. Franco won a Golden Globe for his leading role in The Disaster Artist, which he also directed, but it’s not hard to imagine that recent allegations of sexually inappropriate behavior may have played into his absence here. (Yes, Casey Affleck won in this category last year despite allegations against him, but 2018 is shaping up to be a very different year.) As for Hanks, who was nominated for a Golden Globe for The Post, it’s been 17 years since America’s Leading Man received an Oscar nomination (for Cast Away), and many hoped this might be the year to break the streak.

Despite the dominance of Three Billboards Outside Ebbing, Missouri throughout the first part of this year’s awards season — and in particular Frances McDormand and Sam Rockwell — Harrelson hasn’t been a major part of the conversation. The focus of the movie’s Supporting Actor campaign has been on Rockwell, so to see a second Supporting Actor nod for the movie came as a surprise.

There was a time, way back in December, when it wouldn’t have been surprising to see two actors from a different movie nominated in Harrelson’s category. Both Call Me By Your Name actors were nominated at the Critics’ Choice Awards, and Hammer was nominated at the Globes. Disappointed fans will have to find solace in rewatching Stuhlbarg’s dad-of-the-year monologue and Hammer’s stellar ’80s dance moves.

It’s easy to be overlooked when you’re the secondary supporting actress (after Vicky Krieps) opposite Daniel Day-Lewis, and in his allegedly final film, to boot. But in Phantom Thread, Manville leaves a lasting chill as the straight-laced sister of Day-Lewis’ obsessive fashion designer, and her nomination comes as a pleasant reminder that the Academy occasionally has the nerve to do something different.

Where Manville gets her due, Downsizing‘s Chau gets overlooked. Chau’s feisty refugee, a colorful Mother Teresa type who expects no thanks for her altruism, is the heart of a movie featuring a rather (intentionally) blank Matt Damon, and it’s a shame the Academy didn’t make room for her this year. Similarly, Haddish’s spirited turn in Girls Trip was one of the breakout performances of 2017. It’s true that the Academy has a poor track record when it comes to comedy, but Haddish gave voters ample reason to break from form.

Never mind that she did the reshoots for peanuts, Williams deserves accolades for her performance as the mother of a kidnapped son in All the Money in the World, a cocktail of nerve and vulnerability that doesn’t quickly fade from memory. And Scott, who basically remade his movie in a matter of weeks after booting Kevin Spacey, proved he’s one of the best in the game when he pulled it off.

In addition to Scott, the Best Director field had two conspicuous absences. For all the hype surrounding The Post when it screened for critics in early December, the movie ended up with precious few Oscar nominations. For all the hype Three Billboards has gotten in its stead, McDonagh’s absence feels glaring. But the Academy showed a refreshing predilection toward new talent this year, recognizing Jordan Peele for Get Out and Greta Gerwig for Lady Bird, two choices that many movie fans were celebrating Tuesday morning.

Surprise: Get Out and Mudbound

After not doing much business in the first part of awards season, Dee Rees’ Mudbound made up some serious ground with nominations for Adapted Screenplay, Original Song, Cinematography and Supporting Actress, for Mary J. Blige. Get Out also exceeded expectations, scoring nods for Best Picture, Original Screenplay and Lead Actor — an impressive, and much deserved, feat for a horror movie that came out nearly a year ago.

Snub: In the Fade

Germany’s entry in the Foreign Film category, which won the Golden Globe for Best Foreign Language Film and the Best Actress award for star Diane Kruger at Cannes, didn’t squeeze into what shaped up to be a competitive field this year. Instead, films from Chile, Russia, Hungary, Lebanon Sweden will compete for the Oscar. 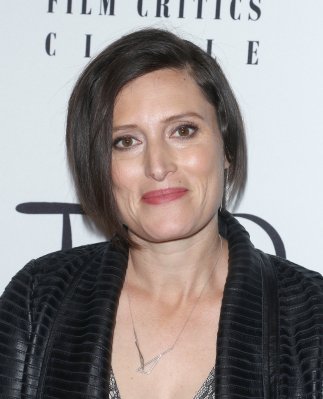 Rachel Morrison Gets Ground-Breaking Oscar Nom
Next Up: Editor's Pick