This photo taken shows Chinese rapper PG One (2nd R) posing for a picture during the premiere of the movie "Wu Kong" in Beijing on July 9, 2017.
AFP/Getty Images
By Casey Quackenbush and Aria Chen

China has banned hip-hop culture and actors with tattoos from appearing on television.

The ban follows the removal of the prominent rapper GAI from Hunan TV’s Singer, a hit competition show. Clips of GAI, whose real name is Zhou Yan, were also removed from China Hunan TV’s official Youtube Channel, but no official explanation has been given. He does however appear in the show’s trailer:

Wang Hao, aka PG One, another well-known rapper, was forced to apologize earlier this month after one of his songs, “Christmas Eve,” was criticized for promoting drug culture and insulting women.

Rapper Mao Yanqi, aka VaVa, was cut from the variety show Happy Camp, according to Tecent News. Music by Triple H, an influential underground rapper, has also been removed from major streaming sites. And a contestant on the show Super Brian, which is not hip-hop related, even had his hip-hop style necklace blurred out.

Chinese social media has responded angrily to the ban.

“SARPPFT is so trashy! They didn’t want to give Chinese hip pop singers any chance of survival! we can go back to ancient times,” wrote one user on Weibo — China’s equivalent of Twitter.

“How can a government with high culture have such childish logic?” asked another. 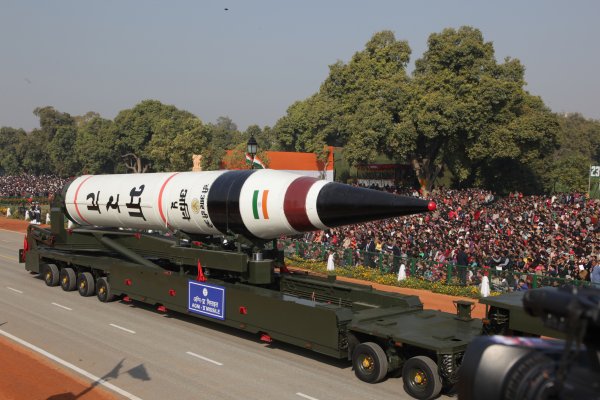 China: India's Missile Test Is a 'Direct Threat'
Next Up: Editor's Pick