It appears that Sen. Chuck Schumer may have predicted the so-called Tide Pod Challenge that is currently sweeping the Internet way back in 2012.

According to a report from the New York Daily News, the Senate Democratic leader held a September 2012 press conference to warn of the risks associated with the colorful appearance of the detergent capsules. “The incidents are skyrocketing,” he said. “These pods were supposed to make household chores easier, not tempt our children to swallow harmful chemicals. I saw one on my staffer’s desk and I wanted to eat it.”

But while Schumer was worried about young children, it’s teenagers who are currently the focus of Tide Pod concern. The challenge may have begun as a joke on social media, but it has reportedly inspired some teens to actually eat the potentially deadly packets. In fact, there were 39 reports of teens intentionally misusing laundry pods in the first 15 days of 2018 alone, according to data from the American Association of Poison Control Centers (AAPCC). 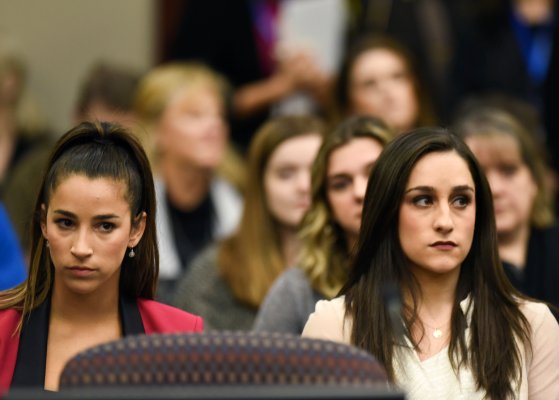 The Internet Has Arrived to Support Aly Raisman's Testimony
Next Up: Editor's Pick