(WASHINGTON/NEW YORK) – U.S. health officials on Friday said they were revoking legal guidance issued by the Obama Administration that had sought to discourage states from trying to defund organizations that provide abortion services, such as Planned Parenthood.

The U.S. Department of Health and Human Services (HHS) officials also said the department is issuing a new regulation aimed at protecting healthcare workers’ civil rights based on religious and conscience objections.

The regulation protects the rights of healthcare workers from providing abortion, euthanasia, and sterilization, the officials said during a media call with reporters.

On Thursday, HHS said it was creating a new division that would focus on conscience and religious objections, a move it said was necessary after years of the federal government forcing healthcare workers to provide such services.

HHS will issue a letter on Friday to state Medicaid offices that will rescind the Obama Administration’s 2016 guidance, which was issued after states including Indiana had tried to defund abortion providers such as Planned Parenthood.

The Medicaid program, jointly funded by states and the federal government, provides healthcare services to the poor and disabled. Federal law prohibits Medicaid or any other federal funding for abortion services.

“The law is clear, it is illegal to bar women from seeking care at Planned Parenthood. Longstanding protections within Medicaid safeguard every person’s right to access care at their qualified provider of choice,” Laguens said in a statement.

The rule will enforce existing statutes that guarantee these civil rights. Roger Severino, the director of the Office of Civil Rights at HHS, said the office had received 34 complaints since President Donald Trump took office last January.

When asked by reporters if the rule would allow providers to deny care to transgender individuals based on religious objections, Severino said the rule refers to statutes that are based on providing procedures.

Experts on Thursday said the move to protect workers on religious grounds raised the possibility it could provide legal cover for otherwise unlawful discrimination, and encourage a broader range of religious objections. 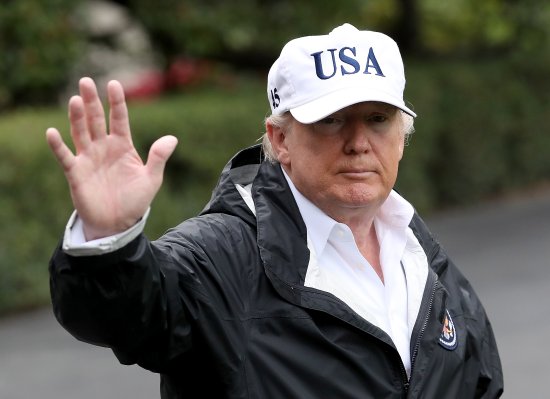 President Trump Encouraged Government Shutdowns in the Past
Next Up: Editor's Pick