Actor Michael Douglas attends the premiere of "Flatliners" at The Theatre at Ace Hotel on September 27, 2017 in Los Angeles, California.
Jason LaVeris—FilmMagic
By Flora Carr

The former employee of Michael Douglas who alleged he sexually harassed her has given her side of the story for the first time.

Susan Braudy, a notable author and journalist, detailed her experience in a written account published on The Hollywood Reporter. Published on Thursday, her account comes more than a week after Douglas published a pre-emptive statement denying the allegation.

Braudy worked in the 80s for a production company launched by Douglas. Her roles including reading and editing scripts, in addition to “babysit[ting] Michael in his apartment.” In her account, Braudy recalls a particularly traumatic incident: a one-on-one script meeting with Douglas, during which the actor masturbated in front of her. She also recounted his incessant use of sexual profanities and inappropriate discussions about her appearance:

“He asked a producer, ‘Why does Susan dress like a pregnant nun?’ Another time I laughed loudly and he shouted to a group of agents, ‘Oh yeah, she’s a screamer! I bet she screams in the sack.’ I protested, ‘Please, don’t talk like that. It’s inappropriate.’ This made him laugh until he got pink splotches on his cheeks,” Braudy writes.

Braudy alleges that she told various people about the harassment, including the author of Fire and Fury: Inside the Trump White House, Michael Wolff, and journalist Lynn Povich. She also showed The Hollywood Reporter detailed notes she made during the period the harassment allegedly took place.

In his statement addressing Braudy’s allegation, Douglas said: “This is a complete lie, fabrication, no truth in it whatsoever.” 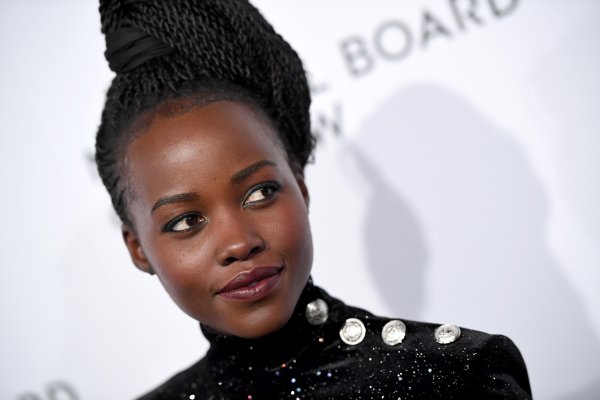 Lupita Nyong’o Is Writing a Children's Book About Colorism
Next Up: Editor's Pick