No, All Those Strollers Aren't Your Imagination. More Women Are Having Children

Maskot—Getty Images
Ideas
By Belinda Luscombe
Luscombe is an editor-at-large at TIME and the author of Marriageology: The Art and Science of Staying Together.

In a reversal of a decades-long trend, more American women are now choosing to have children. They’re getting a lot of other stuff out of the way first and many more of them are going it alone, but the most recent figures show that by the end of their childbearing years, 86% of U.S. women have had kids, a 7.5% rise since 2006.

The new analysis of U.S. Census Data from Pew Research also found that those mothers are bearing more children. The U.S. had the lowest fertility rate in its history in 2006, with the average American woman bearing 1.86 kids. In 2016, that average was 2.07, an 11% rise. Those figures put the country on par with the early 90s, but nowhere close to the 70s.

This is good news for those worried about a declining fertility rate, which bodes ill for the economic health of a country and particularly its ability to care for its elderly people. Countries with a low birth rate, including France and Japan, have instituted family friendly policies to encourage more people to have offspring to try to stave off a possible financial collapse.

But while more U.S. women are bearing children, and mothers are having bigger families, they’re embarking on motherhood in a very different manner from their forebears. They’re waiting longer to have kids and are much less likely to be married than in generations past.

In fact, one of the most striking trends to emerge from the new report is the change since 1994 in the profile of women who, by the end of their childbearing years, have had a baby without marrying:

•The majority of never-married women aged 40-44 have had a child, a rise of 75% in two decades

•There has been an almost threefold growth in the number of unmarried white women who have borne a child, from 13% to 37%.

•Among African-American women the growth is smaller but the percentage is higher: three quarters of unmarried black women in that age group have kids, up from two thirds two decades ago.

• Single women whose education finished at high school are also much more likely to be mothers: 70% of them have kids, a rise from 48% in 1994.

The report also finds that far fewer women of all education levels have their children as teens, pushing the median age of first motherhood from 23 in 1994 to 26 in 2014.

Analysts at Pew attribute some of these trends to economics and some to the increase in the number women attending and finishing college. “The Great Recession intensified this shift toward later motherhood,” the reports says, “which has been driven in the longer term by increases in educational attainment and women’s labor force participation, as well as delays in marriage.”

Researchers also noted that their analysis could not encompass women who adopt children or become step-parents, but point to estimates that 6% of children in the U.S. live in a household with one parent who fits either description. 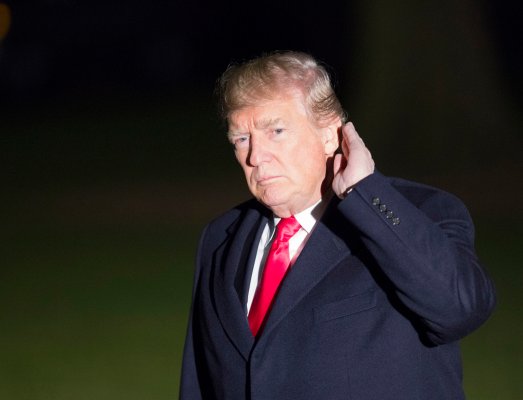 Trump Has Divided the Country. Some Americans Are Trying to Bring Us Back Together
Next Up: Editor's Pick