Mia Farrow and Dylan Farrow at the TIME 100 Gala in New York on April 26, 2016
Dimitrios Kambouris—Getty Images for TIME
By Samantha Cooney

Dylan Farrow said it was “very momentous” to have a public conversation about her decades-old allegation that her adopted father Woody Allen molested her.

In her first televised interview with Gayle King on CBS This Morning, Farrow recounted her 1992 allegation that her father molested her when she was 7 in a small attic crawl space in her mother’s Connecticut country house. Allen has long denied the allegations, and did so again in a statement on Thursday. No charges were ever filed against him.

In December, Farrow wrote an op-ed for the Los Angeles Times asking why celebrities who condemned other powerful men accused of sexual misconduct continued to stand by Allen. In the weeks since, several actors who had worked with the director, including Mira Sorvino, Greta Gerwig and Natalie Portman, have expressed support for Farrow, who told King she’s not angry at celebrities who haven’t spoken up.

“I hope, especially because so many of them have been vocal advocates of the #MeToo and #TimesUp movement, they can acknowledge their complicity and maybe hold themselves accountable to how they have perpetuated this culture of silence in their industry,” Farrow told King. “I am a real person and I’ve been struggling — coping on my good days — with the aftershocks of being sexually assaulted as a small child.”

Farrow, now 32, alleged that her father acted inappropriately with her on other occasions, including allegedly following her around and asking her to get into bed with him while he was wearing only his underwear.

“I loved my father. I respected him. He was my hero,” Farrow said. “And that doesn’t obviously take away from what he did. But it does make the betrayal and the hurt that much more intense.”

In a statement, Allen said that Mia Farrow, his former partner and Farrow’s mother, coached Farrow to make the allegation, a claim he and his supporters have made in the past. Farrow told King that her mother didn’t coach her.

“Sadly, I’m sure Dylan truly believes what she says,” Allen said. “But even though the Farrow family is cynically using the opportunity afforded by the Time’s Up movement to repeat this discredited allegation, that doesn’t make it any more true today than it was in the past. I never molested my daughter – as all investigations concluded a quarter of a century ago.”

Two separate reports — from Yale New Haven hospital and New York state child welfare investigators — concluded that the abuse did not happen. But the Connecticut state prosecutor said that there was probable cause to charge Allen but didn’t want to put Farrow through a trial. Farrow told King she now wishes Allen had faced charges.

“I do wish that they had… I was already traumatized,” Farrow said. “Outside of a court of a law, we do know what happened in the attic that day. I just told you.” 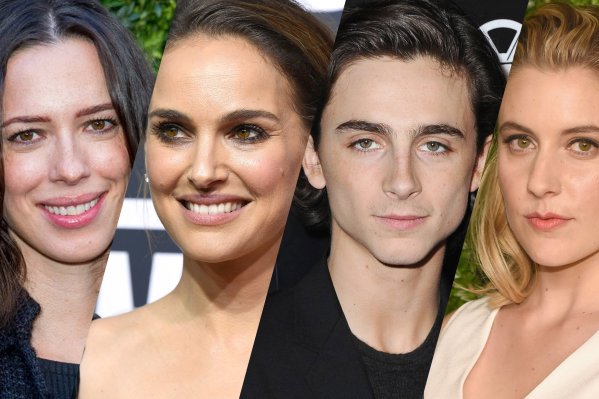 These Actors All Worked With Woody Allen. Now They Regret It and Support Dylan Farrow
Next Up: Editor's Pick