Swedes have been quietly responsible for shaping the sound of pop in the U.S. for decades, from the glory days of Abba in the 1970s to the contemporary songwriter Max Martin, who has penned hits for Britney Spears and Taylor Swift. The history of roots music in America, meanwhile, is mostly homegrown. One noteworthy exception: First Aid Kit, a Swedish act that beautifully captures the spirit of Americana.

On their fourth album, Ruins, out Jan. 19, sister duo Johanna and Klara Söderberg pull from rock, country and folk influences, blending the warmth of Fleetwood Mac with Leonard Cohen’s aching lyrics and the rockabilly stomp of the Dixie Chicks. To those who still long for the sound of Simon & Garfunkel and Joni Mitchell, Ruins brings them into the present, integrating waltzing melodies and a few honky-tonk chords into sweetly sung tunes that sound lush and timeless.

The sisters began playing together as young teens, busking on Stockholm streets in the 2000s before going viral with a cover of the folk-rock group Fleet Foxes’ track “Tiger Mountain Peasant Song.” On Ruins, their voices are as gorgeous as they were on that breakout song, whether on uptempo tunes like the rollicking “It’s a Shame” or “To Live a Life,” with tender guitar plucks and simple lyrics. “I hold on to whatever I can until it’s gone,” they sing on “Distant Star.” “I carry on, for none of us will be here for too long.” It’s a refrain relevant to any, and every, era.

With Ruins–which was written in Los Angeles and recorded in Portland, Ore., with musicians including members of veteran rock acts R.E.M. and Wilco–First Aid Kit hews closer to a modern interpretation of a classic sound than most of the output of their stateside contemporaries. It makes sense: Sweden has a famously excellent arts-education system, which helps make music one of its biggest cultural products. But when their Americana sounds this good, there’s no harm in having it imported. 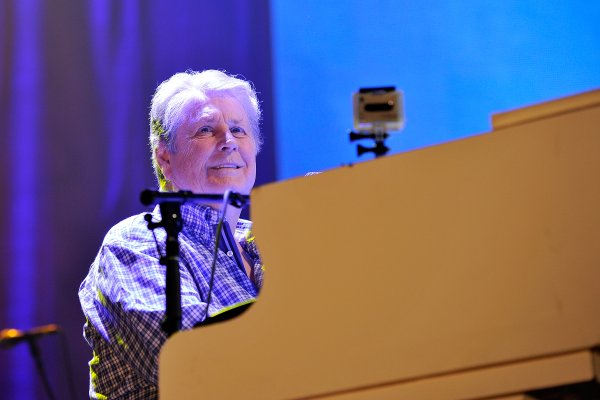 Brian Wilson Gets an 'A' in Music From His Old High School
Next Up: Editor's Pick