Hedlund and Stone, both drawn to the dark corners of their Utah idyll
HBO
By Daniel D'Addario

The director Steven Soderbergh is the most restlessly creative force in Hollywood. But despite the successes of his classically built big-screen entertainments such as Traffic and last year’s Logan Lucky, he keeps chasing difficult work–like the experimental drama Bubble or the black-and-white noir The Good German.

His new HBO series, Mosaic, presents the auteur in full, with all that that implies. The show began its life last year as an interactive app, allowing viewers to see the investigation into the disappearance of posh Park City, Utah, children’s-book author Olivia Lake (Sharon Stone) from various perspectives. It’s an attempt to push forward the medium of television, but one that demands more than what most viewers might be willing to give.

The HBO series–with one cut-together version of the story–is creepily effective, though. Building in intensity, Mosaic thrives on perversity, with its suspects outdoing one another in nastiness. Reigning supreme even after she disappears is Stone as the author who plays the big bad wolf. In a splashy role that recalls her Casino 1990s, Stone asks a bartender (Garrett Hedlund) to “pour me something tall and muscular.” Her willingness to ride so close to parody–and her ability to carry it off–is as much of a special effect as Mosaic needs. 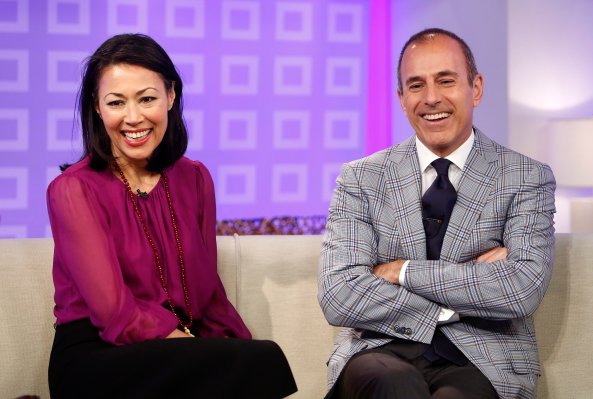 Ann Curry's Complex Relationship With Matt Lauer and the Today Show
Next Up: Editor's Pick