A Man Was Denied Asylum in the U.K. Because He Couldn't Answer Questions About Greek Philosophers

The U.K.’s immigration officers have denied a Pakistani humanist’s application for asylum after he failed to adequately answer questions about Plato and Aristotle.

The man had sought protection in the U.K. after denouncing Islam and joining the Humanist U.K. organization, according to the Guardian. But the Home Office said Hamza bin Walayat’s inability to name any famous Greek philosophers who were humanistic revealed that his knowledge of humanism was “rudimentary at best.” The office reportedly concluded that Walayat’s fears of religious persecution in Pakistan — where he claimed he had received death threats from his own family — were unfounded.

Critics could counter that while Plato and Aristotle, influential Greek thinkers of the 5th century B.C. may have written works that influenced the humanist movement, they predated the emergence of both the Renaissance human-centric movement and the 19th century’s humanistic philosophical and ethical principles by several millennia.

Last year, after a Pakistani student declared he was a humanist on his Facebook page, he was accused of blasphemy and beaten to death by dozens of fellow students at his university.

A 2016 report by the British Pakistani Christian Association noted that humanists are among the minorities facing persecution and oppression in Pakistan. Pakistan’s legal code criminalizes blasphemy with a maximum punishment of the death penalty.

Walayat joined the Humanists U.K. in August, according to the Guardian. The organization describes itself as a “national charity working on behalf of non-religious people” and gives several definitions of “humanism” on its website, including, from the Little Oxford Dictionary: “a non-religious philosophy, based on liberal human values.”

“For many, the broad descriptive ‘humanist’ is just a softer way of saying atheist, especially if you come from a place where identifying as atheist may be regarded as a deeply offensive statement,” Bob Churchill, a member of the International Humanist and Ethical Union, wrote in a letter supporting Walayat’s asylum application.

Andrew Copson, a fellow member of the Humanists UK, criticized the Home Office for setting a “dangerous precedent for non-religious people fleeing persecution. 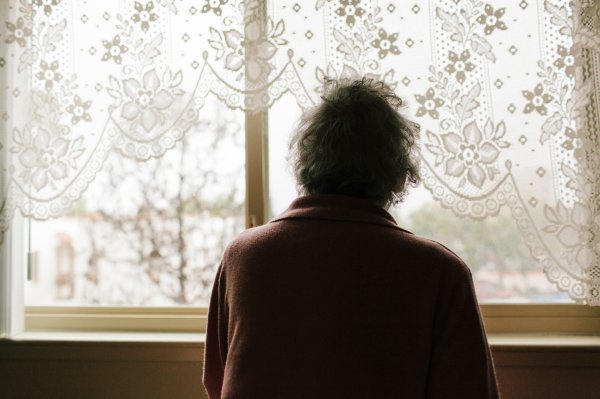 Lonely Brits Now Have a Minister for Loneliness
Next Up: Editor's Pick