By Lily Rothman
Bobbi Baker Burrows in her office at the Time & Life building in the mid-1980s.
Tobey Sanford

Photojournalists become celebrities by creating images that shape the way we see the world. Photo editors, away from the limelight, shape the way those images are presented. And Barbara Baker Burrows, who died of corticobasal degeneration, a rare brain disease, on Jan. 10 at 73, chose the pictures that told some of the century’s biggest stories.

“I never knew anyone whose eyes twinkled as brightly as Bobbi’s with such enthusiasm for photographers and photography,” Alyssa Adams, who runs the Eddie Adams Workshop started by her late photographer husband, told TIME in a statement following Burrows’ death.

After joining LIFE magazine’s staff in 1966, Bobbi earned a reputation for never closing a story until it had exactly the right image, and for often finding it too. But her half-century at Time Inc. was distinguished by more than her encyclopedic knowledge of photography. She turned colleagues into family, sometimes literally (LIFE photographer Larry Burrows was her father-in-law), and the trust she developed with photographers was a crucial ingredient in her work.

“She was the mother of LIFE magazine—she cared for all the photographers,” photographer Harry Benson told TIME after Burrows’ death. “She remembered pictures that never made the final cut, which years later would take on a whole new meaning for a new story she was working on.”

“Carl Mydans used to say they would tear down the Time & Life building and Bobbi would be rummaging through the wreckage looking for just the perfect picture,” her husband Russell Burrows recalls, adding that her decades-long working friendships with photographers such as Gordon Parks, Alfred Eisenstaedt (pictured, below and above, here, with Burrows) and David Douglas Duncan were also sustained by an extraordinary level of trust. Though she wasn’t one to keep it to herself if she disagreed with a photographer about something, she would never let such a disagreement prevent her from representing that person’s work to the best of her abilities. Burrows’ family says that in the days since her death, that generosity of spirit has been a constant theme among those who remember her.

Photographer John Loengard points to her humane and heartfelt approach to pictures and people alike. Lauren Steel of the Verbatim Agency, who considered Burrows a mentor, recalls her generosity with those just starting out in the business. And even the doctors and scientists whom she met at the end of her life, her husband says, commented on their gratefulness that she allowed them to use her case to learn more about the rare condition with which she was stricken. “It’s another act of generosity,” he says, “and maybe one that will have an even longer-term effect.”

Burrows once said she pinched herself sometimes, because working at LIFE felt like a dream. But that extended “family” knew that couldn’t be the case: her magic worked because there was, at its heart, something very real.

— with reporting by Josh Raab

A version of this story appears in the Jan. 29 issue of TIME 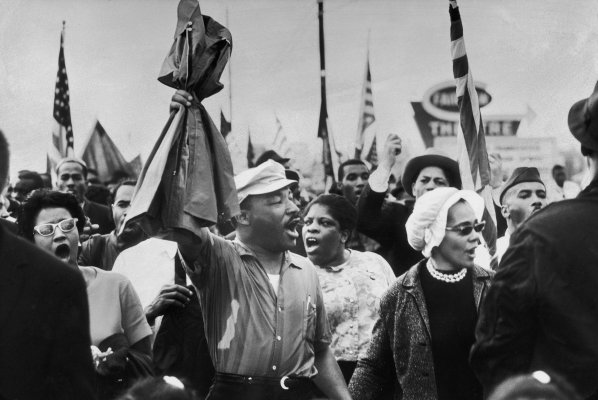 In Memoriam: Remembering the Photographers We Lost in 2017
Next Up: Editor's Pick