If you have been wondering who Kristen Bell should play next, according to Google’s Arts and Culture app, it’s German-born conductor, August Manns. The Good Place star snapped a selfie with the Google app and it decided she had a 32% match to a John Pettie portrait of a mustachioed old man and the resemblance is truly remarkable.

To play along, simply download the Google Arts & Culture app from either Google Play or the iTunes store. Once the app is installed, scroll until you see the “Is your portrait in a museum?” game. Click on it, snap a selfie (a.k.a. launch the facial recognition software) and it will surf through it’s massive database until it attempts to find your historical dead ringer, along with the exact percentage of how alike the two images are. Kristen Bell noted in her Instagram post that the results are dead on, which you can see in how the app told Kate Hudson she looks like Pierpont Limner’s “Portrait of a Boy”, Ryan Seacrest got a bearded Tintoretto portrait, Sarah Silverman’s “uncanny” celeb lookalike, and Minnie Driver’s eerie resemblance to Edvard Munch’s “The Scream”.

While the app made some hilarious comparisons, occasionally it was able to track down celebrities artistic doppelgangers. See the museum results for Rachel Bilson, Kumail Nanjiani, Debra Messing, Constance Wu, and Zach Braff for yourself. 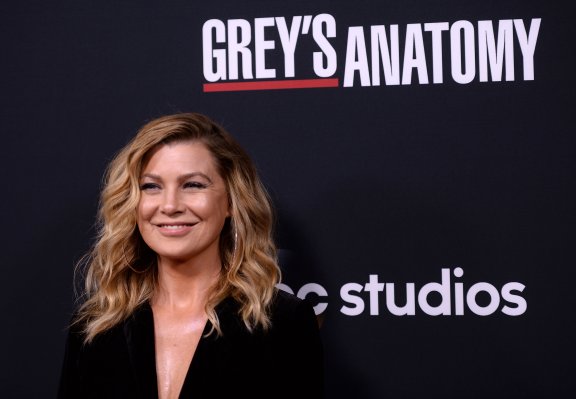 Ellen Pompeo Has Some Frank Career Advice for Women
Next Up: Editor's Pick