Microsoft CEO Satya Nadella walks in front of the new Cortana logo as he delivers a keynote address during the 2014 Microsoft Build developer conference on April 2, 2014 in San Francisco, California.
Justin Sullivan—Getty Images
By Lisa Eadicicco

A man dressed in white from head to toe was posted outside the Las Vegas Convention Center last week. His outfit included just a few colorful exceptions: four bubbles in red, yellow, blue, and green splashed in the center of his T-shirt, and a fluffy red poof atop his ski cap. Those multicolored spots should look familiar to anyone who’s used Google’s virtual assistant on their smartphone. After all, those dots form the same logo that appears in the Google Assistant app.

That’s because he, like others at CES in the same attire, was dressed as the Google Assistant. The costumed characters were part of Google’s effort to give its digital helper a flashy presence at CES after Amazon’s Alexa stole the spotlight at last year’s show. Google’s efforts paid off, to some extent: This year’s conference was filled with gadgets ranging from TVs to security cameras that worked with the Google Assistant. Plenty of devices played nice with Amazon Alexa, too.

But one virtual assistant was notably absent from CES: Microsoft’s Cortana. Aside from a few new Windows PCs, Cortana was barely present in any products that debuted at the show. If CES was any indication of where the state of the industry lies, the sprint toward building the most useful and versatile virtual home assistant is starting to look like a two-horse race between Amazon and Google. That’s particularly true when it comes to the smart home. Cortana is just getting started in the home, while the Google Assistant and Amazon Alexa already work with a wide range of products from various brands — Google says the Assistant is compatible with more than 1,500 smart home devices, while Amazon’s website turned up more than 600 results when searching for smart home products that work with Alexa.

But Andrew Shuman, Microsoft’s corporate vice president for Cortana engineering, is confident that the company’s digital helper can still win. And there are certain areas in which Cortana may already have an advantage — namely when it comes to managing email, documents, and other work-related material, long one of Microsoft’s strengths. “We can excel where we have really good assets, like in the Bing knowledge graph and the data we have through [Microsoft] Office,” says Shuman. “Especially when you think about the knowledge we have around your projects and the people you’re working with.”

One Microsoft product could play an especially pivotal role in Cortana’s evolution: LinkedIn, the professional networking service Microsoft acquired in 2016. Shuman offered a few hypothetical examples to show how Cortana could be a helpful workplace assistant using LinkedIn data. Perhaps you have a meeting set for tomorrow morning with a new client that you haven’t met. Cortana may one day help out by compiling a briefing about that person’s background, drawing data from their profile. Or say you’re looking for an expert in a specific subject to help out with a project — it’s easy to imagine how Cortana could eventually use LinkedIn data to help find people you know that have expertise in that area.

“We don’t do that yet,” says Shuman. “But that’s the area we really want to go deeper with.” Those features would be a natural next step for Cortana, considering the virtual helper already works with LinkedIn to show basic information like a person’s job title and photo alongside his or her name in your emails and calendar appointments.

Of course, Amazon and Google are focusing on their own strengths (in online shopping and search, respectively) when it comes to developing their virtual helpers. But before any digital assistant can become more useful in daily tasks, whether it be sifting through Outlook emails or ordering groceries, they’ll have to get better at understanding users’ intent and general conversational context. Those are challenges facing all companies working on voice-enabled assistants, not just Microsoft. “I can tell a three-year-old how to pronounce my name, but I can’t tell Cortana,” Shuman says. “There are these real barriers that pop up quickly.”

But firms like Microsoft, Google, and Amazon are making progress along these lines. Cortana, the Google Assistant, and Alexa can all be trained to recognize a user’s voice, for instance, helping them understand who’s actually speaking to them. That’s the sort of development that will make digital assistants more helpful, says Shuman. “Finding ways to have more knowledge, more context, and [more] awareness and leveraging that is an enormous puzzle and challenge,” says Shuman. “[It’s] really critical to start thinking about identity as a very important part of [that] puzzle.” 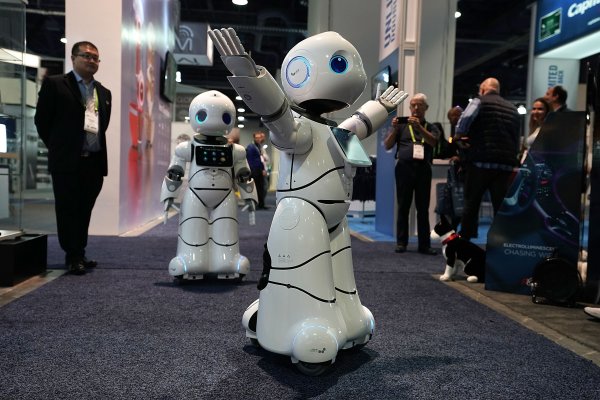 3 Things I Learned About the Future of Technology at This Year's CES
Next Up: Editor's Pick