President Donald Trump’s doctor has recommend that he lose some weight, but said that the president is in excellent physical and mental health otherwise.

“The president’s overall health is excellent,” he said, adding “there’s no indication whatsoever that he has any cognitive issue.”

Jackson, who served presidents George W. Bush and Barack Obama as well, said he recommended that Trump lose 10 to 15 pounds over the next year through alterations in diet and exercise. Trump currently weighs 239 pounds, which at 6-foot-3 puts him just under the technical definition of obese under the body mass index, or BMI.

“He would benefit from a diet that is lower in fat and carbohydrates and a routine exercise regimen,” Jackson said, but acknowledged that Trump is famously averse to exercise. “He’s more enthusiastic about the diet part than the exercise part,” he said, joking that he may bring First Lady Melania Trump on board to make sure her husband sticks to a diet and workout plan.

These periodic health evaluations are arguably particularly critical for Trump, who at age 71 is the oldest person ever elected president for a first term. News reports in recent weeks have also shed light on some of Trump’s dietary habits: he reportedly drinks 12 Diet Cokes a day, and he regularly orders from McDonald’s, according to Michael Wolff’s book Fire and Fury. In another new book by two former aides called Let Trump Be Trump, Trump is described ordering “two Big Macs, two Fillet-O-Fish, and a chocolate malted” for one meal from McDonald’s.

Jackson said he’s going to have a nutrition specialist come meet with the White House chefs. “I think the main thing we focused on with regards to lifestyle changes are diet and exercise,” Jackson said. “If we get diet and exercise right, the weight loss will come.”

Jackson said Trump sleeps four to five hours per night, and takes Propecia for prevention of hair loss. Jackson also addressed the incident in December when Trump appeared to slur his words during a speech: Trump does not wear any dentures, Jackson said, and the incident was likely the result of a dry mouth caused by Sudafed that the president had been taking.

The medical checkup also came amid renewed concerns about Trump’s psychological health. After the publication of Wolff’s book, which claimed that some of Trump’s aides considered him unfit for office, the president defended himself on Twitter as “a very stable genius.”

Jackson said that he wasn’t planning on administering any cognitive tests to Trump, but the president requested them. He performed a test called the Montreal Cognitive Assessment, a 10-minute test which tests for mild cognitive dysfunction, and said Trump scored 30 out of 30. 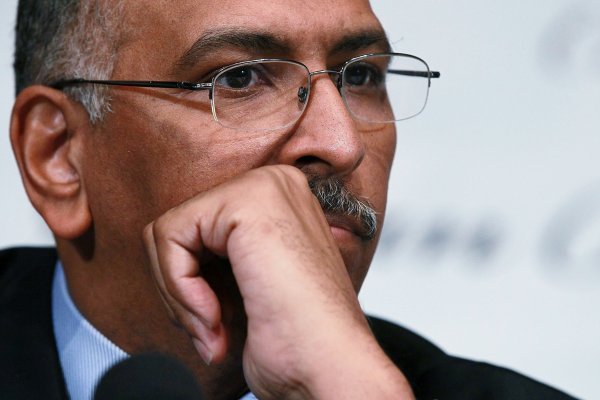 'The Evidence is Incontrovertible.' The RNC’s First Black Chairman Says Trump Is Racist
Next Up: Editor's Pick