You’d be hard-pressed to find something more entertaining to watch than a fierce showdown between the Cleveland Cavaliers and the Golden State Warriors, the NBA’s hottest rivalry of the moment, but it appears that a precocious five-year-old with some serious dance moves has done just that.

During the Cavs-Warriors game on Monday night, Tavaris Jones, a pint-sized dancing wunderkind, stole the show when he took center stage during the game’s halftime performance along with the Cavaliers’ Scream Team, delivering a routine that was the uncontested highlight of the night. Jones, who’s already garnered some Internet fame thanks to appearances on The Ellen DeGeneres Show, showed off his sweet dance moves to Ayo and Teo’s song “Rolex” while clad in an Adidas sweat suit, looking like a true b-boy.

The Warriors may have won the game that night, but it’s clear that it was Jones who won the fans’ hearts. See his full performance below. 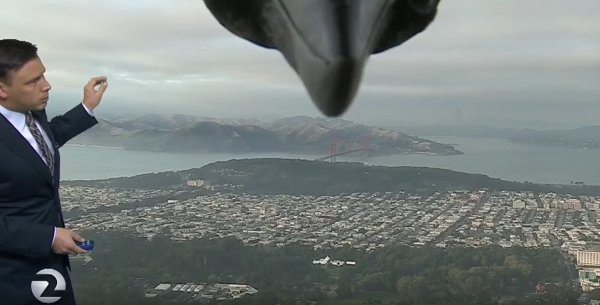 The Weather Is Brought to You By This Photobombing Bird With Impeccable Timing
Next Up: Editor's Pick