Catherine, Duchess of Cambridge receives flowers from Megan (aged 7), Isabella (aged 8) and Szymek (aged 7) from Coundon Primary School at Coventry Cathedral during her visit to the city on January 16, 2018 in Coventry, England.
WPA Pool—Getty Images
By Raisa Bruner

The Duchess of Cambridge may be well into her third pregnancy, but that’s not stopping her from continuing to make public appearances — and remembering to talk about her other kids while she’s at it.

On Tuesday, Princess Kate and Prince William stopped by the Coventry Cathedral to tour the historic building, which was rebuilt after it was destroyed during WWII air raids, and speak with well-wishers.

Those fans included a few children who presented Middleton with flowers and even got a chance to chat with her about royal progeny Prince George and Princess Charlotte. Kate promised that the future king would “love” the flowers she was gifted, since they were orange. And when nine-year-old Darcy Hayes added that she had received an American Girl doll for Christmas, William chimed in that his daughter also loved dolls. (No comment, it seems, on whether the particular “American Girl” component is a shared preference for Charlotte, or if she sticks to compatriot toys.)

“They were nice and cheerful,” Hayes told PEOPLE.

The couple proceeded to tour the cathedral, meet addiction survivors at a support café, open the local university’s Science and Health Building and meet with a youth support group, marking a busy day in the final stretch before Middleton’s planned delivery this spring.

See a sampling of photos from the public appearance below. 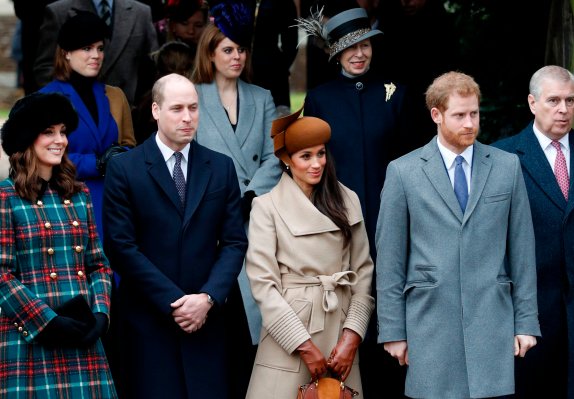 Who Will Be Prince Harry's Best Man When He Marries Meghan Markle? Prince William Still on a Need-to-Know Basis
Next Up: Editor's Pick