A firefighter caught a child who was tossed from a burning building in Georgia, in a harrowing rescue captured on video.

Amid screams of terror and chaos, footage shows Capt. Scott Stroup lifting his arms into the air and positioning himself under a father, who is holding his 5-year-old child in one arm as he struggles to make his way down a ladder. When the father releases the child from the third-floor balcony, Stroup catches the child upside-down and then sprints away from the flames.

It was just one of the miraculous saves made during the Jan. 3 fire, which quickly engulfed an apartment building in Decatur, Ga., according to local media reports. Firefighters also reportedly caught a 1-month-old child who was tossed from the building.

“We were catching babies like a football, literally,” DeKalb County fire Capt. Eric Jackson told the Atlanta Journal-Constitution. “There were adults that were on the balcony that were dropping their babies right into our arms. We had a couple firefighters catching babies, so it was just really incredible.”

Four adults and eight children sustained minor injuries from the blaze, according to Channel 2 Action News.

The video of the rescue was captured from a camera on another firefighter’s helmet. 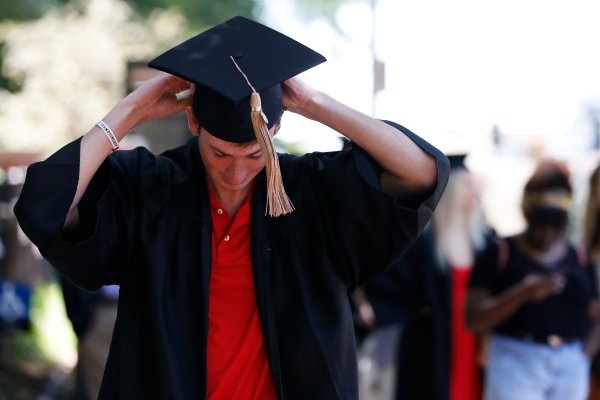